Rosin Jollly is the new face of the Malayalam movie industry. She made her debut in the field of acting in the year 2011. Her maiden venture as a young actress was in the movie Bangkok Summer. Before her entry into the movie field, she was active in the modeling field. Apart from acting, she has talent in dancing. From her childhood days, she was active in sports. During her leisure time, she used to play badminton in her childhood days. She loves watching movies with her friends and family members. She had also participated in a reality show titled Malayali House. In this reality show, she came in the fourth place. This reality show was broadcast by Surya TV, a Malayalam broadcasting channel on the Sun TV network. 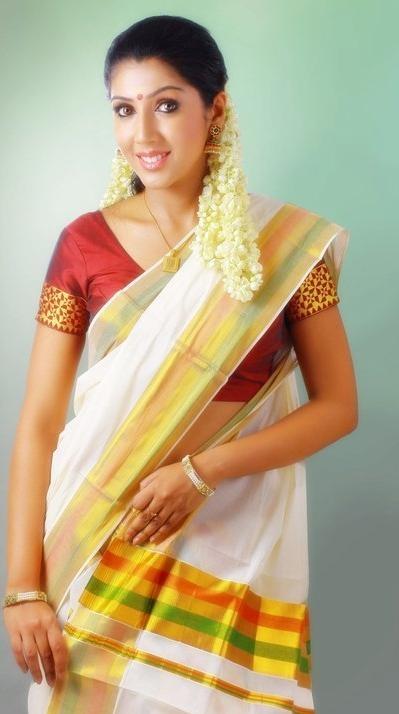 Rosin Jolly was born into a Malayali Christian family settled in Bangalore. Her parents were Jolly and Jessy. She has a brother whose name is Prakash Jolly. She was born on October 1, 1988 in a place called Muvattupuzha in the Ernakulam district of central Kerala. She had her schooling in a reputed school in the garden city of the country. After her schooling, she joined in a reputed college in the Bangalore city. While she was studying, Rosin Jolly was active in sports, especially in badminton. She used to play badminton with her brother and friends whenever she got free time. Another favorite past time for her is watching a movie in the accompaniment of her friends and family members. She is also interested in dancing and took training under the able tutelage of accomplished dancers from her childhood. During her school and college days, she used to represent the institution she studied in various cultural festivals. She used to bring awards and accolades for her institutions where she studied.

Rosin Jolly entered into the Malayalam movie industry accidentally when one of the filmmakers took interest in her activities as an upcoming model. As a result of this, she got her first acting assignment in a movie called Bangkok Summer. In this 2011 year film, she acted opposite to another upcoming actor Rahul Madhav. The other artists who co-starred with her include Unni Mukundan, Sruthi Lakshmi and Richa Panai. This film was Pramod Pappan and produced by Jobby George. The main theme of this movie was race, love, betrayal and money. This film was a big commercial failure in the box office, and it went off unnoticed in the state. The Rosin's next acting venture was in the movie Track in the subsequent year. In this film, she enacted a character by the name Aishwarya. This movie also did not evoke response in the box office of the state. In the same year, she got another offer to act in a movie by the name Hero. This film evoked mixed response in the box office. In this action thriller movie, she the shared silver screen with noted actor Prithviraj Sukumaran, Srikanth, Anoop Menon, Nedumudi Venu and Yami Gautam. In this movie, she did a supporting role. This film was directed by the ace director Diphan and produced by noted producer G.P. Vijaya Kumar.

Acting Career in the Year 2013

For Rosin Jolly, the year of 2013 gave a bonanza of Malayalam language films. In this year, she happened to act in movies such as Annum Innum Ennum, Steps, One, and Celebration. Of these, movie Annum Innum Ennum evoked positive response in the box office. In the movie Annum Innum Ennum, she co-starred with Jishnu, Nishan, Fareisa Joemmanbaks, Tashu Kaushik, Siddique, and Radhika. This film was directed by Rajesh Nair and produced by Usha Rajesh under the banner of Vaya Films. The entire film was shot in the capital city of Kerala.

The film 'One' was based on a true supernatural event that happened in Scotland in the year 2004. This movie had the plots of a horror movie. This film was directed by debutante director Parthan Mohan. In this movie, she shared the silver screen with veteran actor Jagadeesh, Devika Nambiar, Soumya, Vinod Menon and Vishnu Nandan. The movie featured Comedy King Jagadeesh in serious avatar. She drew appreciations from all quarters for her performance in this movie. However, the film did not go well amongst the lovers of Malayalam movies in the state. The critics of the Malayalam movie industry gave a poor rating to this movie, as it had not lived up the expectation of a horror movie. When she was acting in Malayalam movies in the year 2013, she got offers from Tamil language movie industry as well. Of many offers that were extended to her, one got finalized when she acted in a Tamil movie Kallapetty. In this movie, she enacted the role of Kanimozhi who wanted to come big in life, in the face of all odds.

With her performances noted in movies such as Annum Innum Ennum and One, she started getting more offers from noted film makers in the Malayalam movie industry. As she was getting a barrage of offers, she decided to become choosy in giving commitments and dates. The movies that are in the pipeline are Steps and Celebration. She selected these offers after listening to the scripts for these movies. There are a few offers on the anvil from the Tamil movie industry as well. The Tamil movies are yet to be named. The scripts for these Tamil movies are yet to be finalized.

Rosin Jolly is an upcoming artist in the Malayalam movie industry. She was born in the Muvattupuzha municipality of Ernakulam district to a Bangalore-based couple. Before her entry into the glamorous field of movies, she was in the modeling industry. From her childhood days, she was interested in dancing, badminton and movies, apart from her interest in modeling. During her childhood days, she used to play badminton with her brother and friends. In leisure time, she loved to go to movie theatres for watching movies with her friends and family members. She then forayed into the field of acting accidentally. Her maiden film was Bangkok Summer. Subsequently she acted in more Malayalam movies. In almost all movies, she did the supporting roles only. Late in 2013, she started getting better offers from filmmakers in the industry. In that year, she started getting more important roles in the movie.

Hi my name is Sree vishnubuddhan.