Vineeth Kumar is a young and an upcoming actor in South Indian cinema. He did his debut in Malayalam film industry by acting in the film Dasharatham as a child artist in the year 1989. The majority of his films were in Malayalam. He had also acted in Tamil and Hindi language movies. Some of his memorable roles as a child artist have had an everlasting effect on the minds of the people in the state. Recently, he got married to Sandhya at Sri Krishna temple in Guruvayur. At the time of the marriage, many reputed actors from the Malayalam movie industry were present to bless the newly married couple. 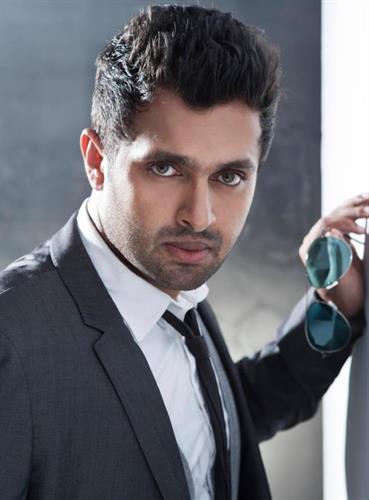 Vineeth Kumar was born in the year 1981. He has been active in the field of acting right from his childhood. He had his formal education and schooling in his place of birth. He tried to continue his education and acting career together by suitably adjusting his life. Later, he joined a degree college near his birthplace. When he was a young child, he had shown interest in acting and had participated in dramas and skits at school level. He even represented the school he studied at school level youth festivals. He continued with acting when he was studying his degree course. As the years passed, his acting matured. Because of this, he was getting more meaty roles in Malayalam movies.

Vineeth Kumar made his acting debut in the film Dasharatham as a child artist. In this film, he co-starred with Mohanlal, Rekha, Murali, Kaviyoor Ponnamma, Nedumudi Venu, Sukumaran, Jayabharathi and K.P.A.C. Lalitha. This film was directed by Sibi Malayil. Though he could not make an impact in that film, he found himself in the limelight at the tender age with the help of another film that took centre stage in the National Awards. The film was Bharatham. This film was the most viewed and discussed movie at that point in time. All the actors in the movie were noticed, especially the young Vineeth Kumar. In this movie, he had enacted the role of a son of a musician who was interested in ruining the health by drinking alcohol. In this movie, he shared the silver screen with megastar Mohanlal, Nedumudi Venu, Lakshmi and Urvashi. From that point in time, he never looked back, and he kept getting more and more opportunities to showcase his acting talents. The other films in which he featured during that period of time include Vishnu, Advaitham, Thacholi Varghese Chekavar and Krishnagudiyil Oru Pranayakalathu. Of these, the film such as Advaitham and Krishnagudiyil Oru Premakalathu had some impact in the box office of the state. This was especially true in case of Advaitham. Again, his acting talent was noticed by the lovers of Malayalam movie cinema. In all these movies, he had very minor roles to play. Yet, he could carve his own niche in the Malayalam movie field.

Acting Career after the Year 2000

The young actor Vineeth Kumar's destiny changed with the movie Devadoothan. In this film, he acted along with megastar Mohanlal, veteran comedian Jagathy Sreekumar and veteran actress Jaya Prada. Though he had a limited appearance in the movie, his character held the centre stage and affected the plot of the movie. After that movie, he started getting much better roles in Malayalam movies. The films in which he featured in this period include Sharjah to Sharjah, Kanmashi, Melvilasom Seriyanu, Aparichithan, Sethurama Iyer C.B.I., Pranayamanithooval, etc. In these movies, he did the character roles alongside the heroes of the Malayalam movie industry. Hence, in these movies, he did try to put his best to make an impact in the minds of the people in the state. Of these movies, his acting in Sethurama Iyer C.B.I. was much more appreciated. In this movie, he was even portrayed as a love interest of a character enacted by young actress Gopika. The dual role of a romantic hero and a role of a C.B.I. officer were ably handled by this young versatile actor.

In Pranayamanithooval, Vineeth Kumar co-starred with Jayasurya and Gopika. In this 2002 year movie, he donned the role of a romantic hero and held the centre stage. His love of interest in the movie was a character enacted by Gopika. This film was script written and directed by another ace director in Malayalam movie industry. His name was Thulasi Das. The success of this movie prompted the people to make its Tamil remake Nee Varuvaya. Another movie in which he featured as a lead hero was Kanmashi. In this movie, he acted opposite to Nithya Das. The other artists who acted along with him include Babu Namboothiri, Kalabhavan Mani, and Nedumudi Venu. In movies such as Kottaram Vaidyan and Aparichithan, he did the title roles that had a pivotal role in carrying the plots of the movie forward. In the former movie, he acted opposite to another upcoming actress of that time Suchithra. In the latter movie, he acted as a supporting actor and got the appreciations for the same. In this movie, he acted alongside the megastar Mammootty, Kavya Madhavan, Manya, and Karthika. The theme of this movie was Ouija board and mysticism. This film was a low budget film. Yet, the film made a big movement in the box office and won the positive remarks from the film critics in the state. According to one school of thought, this film was a trendsetter in the industry for its use of never-seen-before technique and craft. This film was made by Sanjeev Sivan. Through this film, the director embarked on his journey in the film industry as a film director.

As the years passed by, Vineeth Kumar matured into a versatile actor who could take up any role to improve the quality of the movie. Hence, he could bag more than two or three assignments in a year. During this period, he acted in movies such as Sufi Paranja Katha, Pulijanmam, Oru Yathrayil, Sevenes, Sahapadi 1975, Chapters, Face to Face, Perionoru Makan, etc. Some of these movies went on to bag many awards, including national and state awards. He also had acted in one Hindi and one Tamil language movies. The Hindi language movie in which he acted was Ugly. This film was released in the year 2013. The name of the Tamil movie was Kuthirai. The Tamil film was released in the year 2012. Of these Malayalam movies, the film titled Sufi Paranja Katha had won many awards, including Kerala State Awards in many categories. This film was one of the attractions of the International Film Festival of Kerala in the year 2010. In this movie, he acted alongside Thampi Antony, Sharbani Mukherjee and Prakash Bare. This film was directed by Priyanandanan. The script writer for this film was K.P. Ramanunni. Another movie in which he acted was Pulijanman. This movie also won awards and accolades, including the prestigious national awards. In this movie, he shared the silver screen with veteran actor Murali, Sindhu Menon, Samvrutha Sunil and Salim Kumar. Another super hit film in which he acted was Sevenes. The plot of this movie is the aspiration of seven young guys who wanted to become football players, representing the nation. In this film, his co-stars were Kunchacko Boban, Asif Ali, Navin Pauli, Rejith Menon, Nadia Moidu, Rima Kallingal, and Bhama.

Vineeth Kumar is a young actor in the South Indian film industry. He has mainly concentrated in the Malayalam movie industry. He has also acted in Tamil and Hindi language movies. He had his debut in Malayalam movies as a child actor doing minor roles. Slowly, he graduated into an actor who was capable of acting in smaller and insignificant roles. From the year 2000, he began to get small character roles in the films. He was fortunate to have acted in movies which went on to win many awards, including national and state awards. Through these movies, he was able to connect with the audience to mark his presence in the industry. Later, by 2005, he started to get the leading roles in the films. Of late, he has forayed into the other language film industries as well. Through his film in Tamil titled Kuthirai, he made his presence known in Tamil language film industry in the year 2012. Emboldened by the success of this movie, he tried to test the waters of the Bollywood by acting in a Hindi movie by the name Ugly. In the year 2013, he got married to Sandhya who is pursuing her bachelors' degree in Engineering.