Anusree is the young talented actress of Malayalam film industry. She hails from the Calicut district of North Kerala. She has undergone Air Hostess training to become an Air Hostess immediately after passing her higher secondary course. This she did to fulfill her ambition to become an Air Hostess. When she was doing her degree course, she was spotted at a reality show by the ace director of Malayalam movie industry Lal Jose. The director was very impressed with her performance in the reality show Katha Parayumbol. 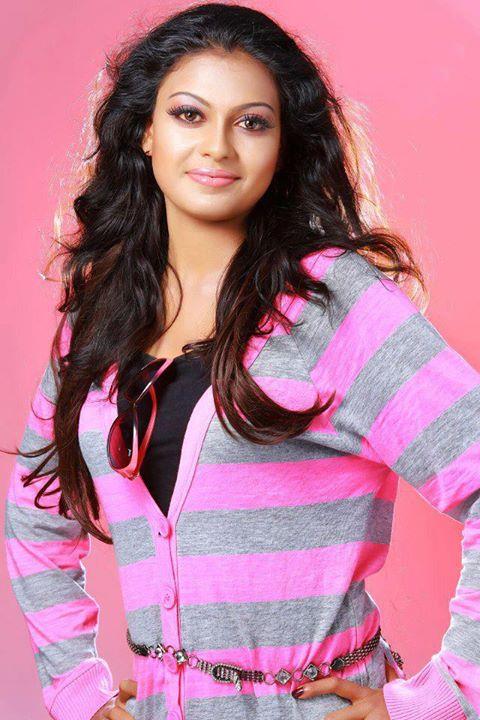 Anusree Nair was born on November 30, 1988 in Pathanamthitta district of Central Kerala. She was brought up in a small village hamlet by the name Kamukumcherry in the Pathanamthitta district of the central Kerala. She did her formal education and schooling from there. Immediately after completing her higher secondary course, she took up an Air Hostess training course to become an Air Hostess. She did this due to her ambition to become an Air Hostess. However, due to some reason, she decided to pursue her graduation after successfully completing the Air Hostess training course.

Stint in TV and Media Industry

Though Anusree had anchored many shows in the local TV channels in her area in the past, her professional entry into a popular TV channel in the state was purely accidental. One day she accompanied her friend to the set of a prominent TV channel to see and learn how a show was being conducted. Her friend was working in the prominent TV channel as an anchor. On the set, the director of the show happened to befriend with Anusree and asked her whether she was interested in the job of an anchor. Since she was already doing the compeering job in a local TV channel, she readily accepted the job offer. From that point in time, she never looked back and many opportunities came in her way in different TV channels. She anchored different events and shows, and acted in a few commercials. Slowly, she began to become a regular feature in many programs in various TV channels and her popularity grew with the time.

When Lal Jose offered a role to the winner of a TV reality show, he had in mind a new Tamil film that he was planning to take. In fact, this was to be his maiden venture in Tamil movie industry. However, the project did not take off. In order to keep his word, he called the reality show winner and requested her to act in his next film "Diamond Necklace". On getting the call and coming to know about the opportunity that had come in her way, Anusree became highly elated and accepted the offer straight away. It was like a dream come true for her in her lifetime.

In her maiden film, she shared the silver screen with Fahad Fazil, Samvrutha Sunil and Gauthami Nair. This film had hit the screen on May 4, 2012. This romantic Malayalam movie was a big hit at the box office in the state. The film also had won the positive comments from the film critics. In this film, she portrayed a character of a typical Palghat village girl. Through this movie, the director wanted to showcase the life of a village girl who was struggling to meet the expectation of a modern husband. The film portrays how two persons with different background and outlook towards life struggle to learn about each other. This was the first movie featuring Fahad Fazil in the lead role. For the performance in this movie, Fahad Fazil got special appreciation. Through this movie, the people in the industry came to know about Fahad Fazil's acting skills. With this film, Anusree was able to make her presence felt as a talented actor in the Malayalam movie industry. With the help of valuable inputs from the senior actress Samvrutha Sunil, she portrayed the character of the village girl stupendously.

After her debut in the Malayalam film industry, the lucky actress got an opportunity to work with the megastar Mohanlal film in a film titled "Red Wine". The other stars who acted along with her include Fahad Fazil and Asif Ali. This film was released in the year 2013. It was directed by Salam Bappu. Anusree featured in this movie as a village girl whose name was 'Sreelakshmi'. The character in this film resembled the upcoming actress well in her real life. Hence, she was able to identify herself with that character and do justice to the character in the movie. Because of this, her acting performance was noted again by the reputed directors in the Malayalam movie industry. Her success in these two movies fetched her many more roles, as the filmmakers were convinced about her acting talents.

Through the initial films, Anusree showcased her talent well to the people in the industry. So, different filmmakers started approaching her with new offers. The first one to approach her with the offer was Arun Kumar Aravind. After an initial study of the script, she decided to act in this movie. As a result of this, she donned the role of a bold mother in the movie Left Right Left. In this movie, she enacted the role of Deepa who had lost her husband. The movie featured her as a bold widow who was trying hard to make the two ends meet. According to the versatile actor, the character in this film demanded a lot of effort from her. The true talent in her was brought out by the director in this film. Due to the emotional content and the depiction of real life, the movie did fairly well at the box office.

After the back-to-back success in the first three movies, Anusree got an offer to play a role in the movie Vedi Vazhipadu. This movie was directed by the debutante director Shambhu Purushothaman. In this movie, she donned a unique role of a bold working journalist. In tune with this role, she had a new makeover with different walking style, hair style, attire and dialect. Due to the success of her previous movies, she had to meet the high expectations of her fans and well-wishers. With all the pressure mounting on her, she had to put her best to prove them the point. In spite of all these, she could do her job well in this movie and earned the appreciation from both the critics and the general public. In all the four films discussed so far, she acted in different roles. However, all these roles were supporting roles. For the first time in her acting career, she got a leading role in a movie titled Pedithondan. This movie was directed by Pradeep. In this movie, she acted along with the current comedy sensation Swaraj Venjaranmoodu. Her character in this movie also depicted the traits of a village girl.

For the second time in Anusree's acting career, she got another opportunity to work with her mentor Lal Jose in his next movie titled Pullipulikalum Aattinkuttiyum. In this film, she featured alongside Kunchacko Boban and Namitha Pramod. Though the film was rated average at the box office, her performance was cherished by the audience. The next film in which she featured was "Angry Babies". This film was directed by Saji Surendran. In this movie, she co-starred with Anoop Menon and Bhavana. However, she had to satisfy with a prominent supporting role in that movie.

Anusree also has a number of movies up her sleeves. After getting the barrage of offers, she started to become choosy. She would be seen acting with Indrajith Sukumaran in a movie. The name of the movie is "Naku Penta Naku Taka". This movie will be directed by Vayalar Madhavan Kutty. Apart from Indrajith Sukumaran, she is going to act with Bhama and Murali Gopi. The shooting of this movie is progressing well in Kenya. Currently, she is enjoying her journey with the production team in the alien land. Awards were not far away from this acting talent. She was selected as the Best New Female Face for the year 2012-2013.

Anusree is an upcoming actress in the Malayalam movie industry. Before getting into the field of movies, she was active in media and entertainment industry as an anchor. While she was studying for her degree, she was doing the anchoring at a nearby local television channel. Through her friend, she got contacts and got herself enrolled in a reputed TV channel as an anchor. While working as an anchor, she happened to participate in a reality show titled Katha Parayumbol and win the show. With the win in the reality show, she got an offer to act in a movie by the name Diamond Necklace directed by the ace director Lal Jose. From that point in time, she never looked back, and she started getting more chances to act in movies. Some of the movies she acted have become hits at the box office. Her performances in these movies were well appreciated by both film critics and general public.