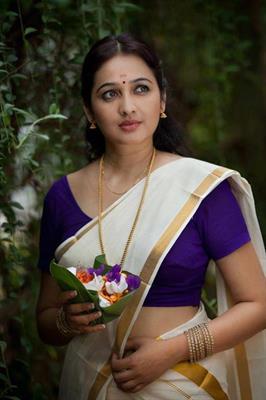 Aavana, the Mumbai based model who had made her entry in malayalam through 'Medulla Oblankatta' is on cloud nine after getting associated with a number of projects. She is gearing up to don the female lead in Vishnu Prasad's directorial debut 'Beware of Dogs'. The movie which will feature Manoj K Jayan, Sreenath Bhasi and Shekhar Menon in lead roles is blessed to have Sanju, Wilson Joseph, Sunil Sugada, Simha and Abhirami Suresh who would give life to other prominent characters.

Under the banner Orizon film, the movie is being produced by R Rajeev Menon. The music department will be safe in the hands of Bijibal while Mahesh Raj is all set to stay behind the camera. After the pre production works, 'Beware of Dogs' will start rolling very soon with locations set at Kochi, Chennai and Pondicherry.

The movie is themed around the life of four intelligent youths who do not believe in hard work and wish to gain out of their combined ideas. Creamed with humour, 'Beware of Dogs' will be a full filled movie which can keep the audience intact. Vishnu Prasad who had worked as a associate to director Anil is venturing into the industry with his independent project.

Bobby Simha who had made his presence in the malayalam industry enacting the role of 'Vatti Raja' through Puthran's super hit movie 'Neram' will do a prominent role. The actor, who is one of the busiest actors in South Indian film industry, is looking forward for his projects like V-Chithiram, Jigarthantha and Yaamirukka Bayamey.

Meanwhile, Sreenath Bhasi who is known as an actor, singer and model has already created his own space in malayalam film world has a handful of movies in kitty. Sreenath as a singer is a part of the Christian Alternative Metal band named Crimson Wood. His upcoming movies include 'Rasputin', 'Once Upon A Time There Was A Kallan', 'Buddan Chirikkunnu' and few others.