E.T. Mohammed Basheer is the veteran Muslim Leader from the state of Kerala. He is currently the Member of Indian Union Muslim League and a Member of Parliament. He entered into politics by actively participating in various student struggles in northern Kerala. He came to the parliament, representing the Ponnani Lok Sabha Constituency. In the beginning of his political career, he was with M.S.F., the students' wing of the Indian Union Muslim League. He is an ardent supporter of the United Democratic Front headed by Indian National Congress. 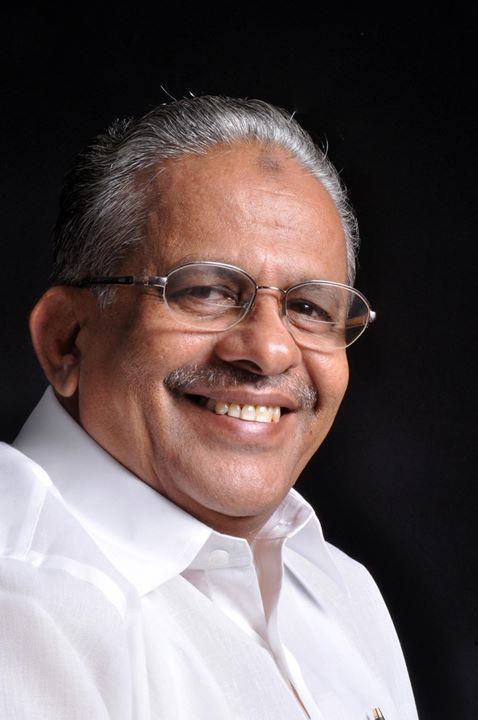 E. T. Mohammed Basheer was born on July 1, 1946 in a remote village hamlet called Mapprom in the present day Malappuram district of North Kerala. His parents' names were E.T. Moosa Kutty and Fathima. Early in his childhood, he was initiated into the world of letters and knowledge by his parents. After the initiation at a local mosque, he was put in a local school to help him undergo formal education. After the formal education, he was enrolled in a government high school. At this school, he continued his education up to the tenth standard without any break. During his school days, he was more interested in the happenings around him. He never missed any political meeting that was happening at his school premises or at places close to his house. During one such meeting, he was impressed by the ideologies propagated by the M.S.F, the students' wing of the Indian Union Muslim League. So, he decided to become a full time member of M.S.F. Since he was more interested in the political activities, it took some toll on his education. Yet, due to the extra effort put by him at the insistence of his parents, he could do reasonably well in the SSLC examination. When the examination results came, he was amongst the people who had passed the examination. After the passing of the SSLC examination, he joined a junior college to continue his education at the higher secondary level.

At the pre-degree level, he could not maintain the same flow that was required to keep him going steady in the course. This was mainly because of his extensive participation in the student movements under the aegis of M.S.F. Moreover, he did not have the adequate resource to support himself in his education. So, finally he had to drop out and concentrated on the student political activity. He was the first prize holder in the elocution competition in the State Youth Festival that was held in Kozhikode in the year 1964. Some years later, he married Rukkiya Basheer after getting the blessings from his parents. The couple is blessed with three sons and one daughter.


E. T. Mohammed Basheer entered into the landscape of politics through his active participation in M.S.F, the students' wing of the Indian Union Muslim League. Later, he entered into the political landscape of trade unions and stood for the welfare of the workers in both organized and unorganized sectors. Through the hard work and dedication, he rose through the rank and file of STU and became its State Secretary. Later, he worked as the President of various trade unions affiliated to STU. In order to sharpen his intellectual acumen on the trade union concepts and other sociological issues related to employment, he attended a three-month workshop organized by the Indian Social Institute situated in Bangalore, the capital city of the state of Karnataka.

Mohammed Basheer had presided over the employee unions of different industrial firms across the state of Kerala. They include Mavoor Gwalior Rayons, Edarikode Textiles, Malabar Cements, Malabar Spinning Mills, Kerala Electrical and Allied, Modern Spinning Mills, K.S.D.C. and Steel Complex. He entered into the Kerala Legislative Assembly in the year 1985 after a by-election in Ponnani Constituency. By that time, he has already moved from his domain of trade unionism to the Indian Union Muslim League as an active member. In the subsequent general elections to the State Legislative Assembly, he was successful in getting the tickets and mobilizing the resources in his favor in the constituency. As a result of these positive factors, he was able to win those elections and reach the corridors of power in the state. In total, he reached the corridors of power of the state thrice, representing the Ponnani Constituency. When he was the Member of Kerala Legislative Assembly, he was given the berth in the state government as a Minister. At that point in time, he was made the Minister in charge of the Department of Education. He was made the Secretary of Indian Union Muslim League on 2006. He held this post for a period of three years. In the year 2009, he was given a ticket to fight for the general elections to the Lok Sabha. As per the instructions given by the party, he successfully fought the election and became the Member of Parliament in that year.

Contributions as a Minister

E.T. Mohammad Basheer became the Minister in charge of the education department in the year 1991. He remained at the helm of affairs for five years. During his rule, he brought out some landmark reforms in the field of education. He was responsible for the introduction of Grading System in Secondary and Higher Secondary levels of education. This reform was liked by many educationists across the society. Because of this, this piece of reform got the National Prominence. Another import piece of legislation in the field of education that brought a sea of change was the concept of self-financing Educational Institution. This piece of legislation opened up the field of education to the private players. This also opened up the avenues of opportunities to those students who could not make their way into the government or aided colleges in the state. He also took administrative steps to establish Kannur University, Sri Shankara Sanskrit University and National University for Advanced Legal Studies.

During the time of E. T. Mohammad Basheer as the Education Minister, there was a comprehensive expansion of IT-enabled education in the teaching curriculum. At the insistence of the government, the schools of the state started to include Information Technology in their curriculum at secondary school level. In the subsequent year, the government passed an executive order to regularize the inclusion of IT in schools. He was pained by the seclusion of the handicapped children in the schools. In order to counter that, he implemented a special package for the education and social upliftment of the physically and mentally handicapped children in schools. This piece of legislation made the life of these differently gifted children easy in their schools, with teachers taking special considerations for them. Another landmark step taken by him was bringing international book publishers to the state. For this, he organized Global Education Meet at Cochin in the year 2005. During this meeting, many agreements were reached and legalized to publish standard articles and short stories in periodicals.

E. T. Mohammed Basheer attended the World Malayalees' Conference in the year 1984. This was held in Berlin. He was the Member in Kerala Agricultural University Senate and brought some timely legislation to improve the quality of education in the professional course. In order to effect the positive change, he overhauled the curriculum and brought good faculties and upgraded the existing facilities in the University. He was at the helm of affairs in the Kerala State Orphanage Control Board and brought some changes in the way things are handled for the benefits of destitute and orphans. He was also a member of the Industries Relationship Committee. As a member of this committee, he presented a thesis on 21st Century Development Options in the NGO International Seminar held at Oslo (Norway) in 1982, which carried some innovative suggestions that made some positive change in the industrial arena of the state. He was a Member of Janardhan Reddy Commission, Minority Education Monitoring Committee and Veerappa Moily Commission.

E. T. Mohammed Basheer was the State Education Minister from 1991 to 1996. As Minister in charge of education, he was instrumental in promoting new concepts of education in the state. During this period, he had received four Awards in recognition for the good works undertaken by him. They are listed below.


He has also shown his ability as a story teller. During the Legislative Day Celebrations, the Members of Legislative Assembly were requested to write a short story concerning any topic of their choice. In that competition, he had won the award for the best short story writer.

E.T. Mohammed Basheer is the veteran Muslim Leader from the Northern Kerala. He hails from the Malappuram district of Northern Kerala. He made his humble entry into the state politics by participating in political movements organized by M.S.F, a students' wing of the Indian Union Muslim League. He also ventured into the trade union politics and chaired various employee unions across the state. After several years of trade union activity, he moved into the party fold and started occupying various posts. He later on became the Member of Kerala Legislative Assembly and remained there for a considerably longer time. During this time, he also became the State Minister in charge of the Education Department. As the state Education Minister, he brought some landmark reforms that opened the scope of education to large sections of the student community. He was responsible for bringing the Information Technology in the school curriculum to benefit the students.