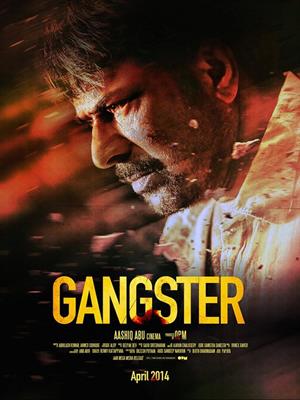 Have are prepared to celebrate this Vishu with crackers? Any way the chinese crackers might not give much effect this year as the real fireworks is expected to happen at theatres near you. This Vishu would witness the real fight at the Kerala box office with a handful of big budget movies featuring the stars on earth. As none of the movies released in 2014 could hit real bang in theatres, many expectations is on the big banner and much hyped movies including Gangster and 7th Day. Due to non availability of theatres a couple of movies have been pushed to the last week of April. Mohanlal's most anticipated project 'Mr.Fraud' would only be released in May giving ample time for other movies to entertain the audience. So what has the malayalam power houses stored for the movie lovers for this April?

Gangster, the most hyped malayalam movie of 2014 would be the first choice for the fans of mega star and also the movie enthusiasts. The movie which has already created tidal waves among the internet buffs would be having a world wide release; slated to get released on 11th April in more than 120 theatres. Aashiq Abu's Gangster features Mammootty as Akbar Ali Khan, the underground don. Aashiq who is known as the king in marketing his own movies has used a couple of innovative techniques for Gangster which includes the unveiling of the first look posters and a 2D motion trailer video. The trailer of the movie which was launched recently did too have kept much secrecy. Nyla Usha will play the wife to Mammootty in this movie.

This action thriller will also have Aparna Gopinath, John Paul, T. G. Ravi, Sekhar Menon, Kunchan, Hareesh Peradi and Dileesh Pothan in prominent roles. Scripted by Ahmed Sidhique and Abhilash Kumar, the movie is produced by OPM and distributed by Aan Mega Media. The other highlight of the will be the majestic music composed by Deepak Dev and the Cinematography by Alby. The movie was completed within 50 days at various locations including Kochi, Mangalore, Goa and Rajasthan. 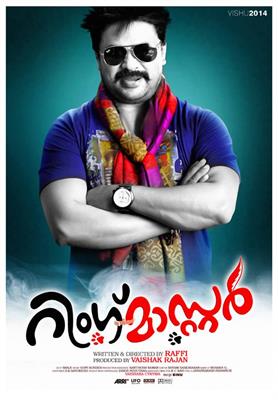 
Another much hyped movie of the year would be 7th Day directed by Syamdhar featuring Prithviraj in lead. Scripted by debutant Akhil Paul, '7th Day' is a crime story which revolves around the life of David Abraham IPS who is suspended from the Crime Branch Department of Kerala Police for a meticulous reason.

David Abraham takes initiative to investigate a case which is not recorded in the crime records. As the investigation reach the seventh day, some intriguing incidents happens which takes the story to the next stage. So what are the real facts hidden in 7th Day? Can David Abraham find the real culprits? What are the mysteries hidden in the movie? Wait till 11th April. Produced by Shibu G. Suseelan under the banner of Movie Junction, the movie was shot at locations set at Ooty, Ernakulam and Wagamon.

The trailer of '7th Day' looks promising which creates more interest in the viewers. The movie would be released in 70 theatres. Janani Iyer is the heroine while Aravind Swamy, Vinay Forrt, Anu Mohan, Tovino Thomas, Praveen Prem, Joy Mathew, T. G. Ravi and Yog Japee have given life to other important characters in the movie. The camera was helmed by Sujith Vasudev while the tunes set by Deepak Dev which would give freshness to the movie.

Ring Master, written and directed by Rafi is Dileep's Vishu release which would really fetch the family audience to the theatres. Dileep being the most favourite among the children and family is donning the role of Prince, an animal trainer in circus. Keerthi Suresh and Honey Rose will be seen as the lead ladies supported by Mohan Jose, Kalabhavan Shajon, Suraj Venjaramoodu, Unda Pakru, Aju Varghese, Suraj Venjaramoodu, Sai Kumar, Kalabhavan Haneef and Saju Kodiyan.

Dileep has undergone special training under animal experts from various parts of the country to give full dedication to his character. Another highlight of this movie will be the exceptional performances of the dogs, counting to be 101 in number. Keethy Suresh has essayed the role of a visually challenged girl while Honey Rose played the character role of Diana who carried negative shades. Produced by Vaishak Rajan, the music is set by Gopi Sundar. The movie would be released on 12th April and be screened in 80 theatres. 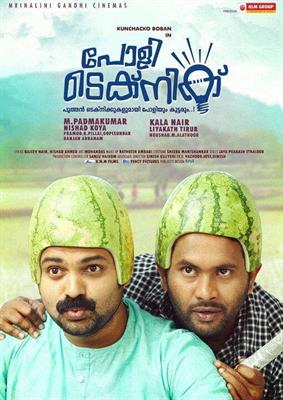 Another much hyped movie of the year '1 by two' edited and directed by Arun Kumar Aravind would reach theatres on 13th April 2014. The movie is produced by Rakesh Bahuleyan. Being a psychological thriller, the movie scripted by Jeyamohan has a long star cast including Fahadh Faasil, Murali Gopy, Honey Rose and Abhinaya in the lead roles, while Nedumudi Venu and Shruthi Ramakrishnan would be seen in prominent roles. For the lyrics of Hari Narayanan, Gopi Sunder has set the tunes. Jomon Thomas stayed behind as the cinematographer. Around 50-60 theatres have been booked to screen the movie.

The movie is themed around the life of Circle Inspector Yousaf Marakkar (Fahadh Fazil) who works with Bangalore police department. Yousuf leads a happy family life with his wife Raziya (Abhinaya). As a major tragedy occurred in a hospital, CI Yousaf Marrakkar was appointed for the investigation. He tries all way to find solution to the problem. Director Shyamaprasad will be seen in the role of psychiatrist Dr Cherian while Honey Rose plays Dr Prema and Murali Gopi dons Dr Hari.

Polytechnic, directed by M Padmakumar with Kunchacko Boban and Bhavana will be released on 12th April in 50-60 screens. The story revolves around the life of Poly (Kunchacko Boban), a Left activist who is successful in his panchayat. Due to particular circumstances, Poly was forced to launch a business with the money which he gets as a compensation for his father's death.

With dreams to become a big businessman, Poly buys the firm Dakshayani Biscuits owned from Sethu. The movie has no connection with yesteryear movie 'Midhunam' but re-introduction of Dakshayani Biscuits in the movie is to show the strong connection between the two movies. Poly has to confront with lot of problems and the movie goes to the next stage as he tries ways to survive. Bhavana would don the role of a police officer in the movie. Produced by Kala Nair, Suraj Venjaramoodu, Aju Varghese and Joy Mathew will also be seen in supporting cast.

So what which would be your choice for this Vishu? Don't miss any one of them.