Yet another movie which revolves around friendship and fun is getting shaped. Titled 'Celebration', the movie directed by Manjith Divakar will have Sajeev Murali, Babin and Naji in lead. 'Celebration which is themed on friendship in course of time tells the tale of 3 thick friends and their music band. 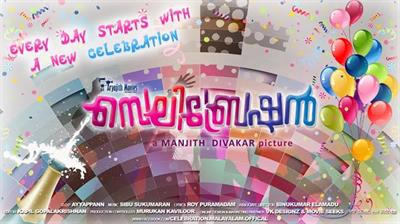 Dennis (Sanjeev), Ajmal(Naji) and Sanjay(Babin) are close friends. Dennis is a youngster who lives with wild cinema dreams while Ajmal makes a living by selling CDs. Sanjay finds his daily bread by singing in a Bar. Passionate towards music, the three friends owns a music band which could earn them money for daily needs. Even though there are too many bands, they manage to find those people who wished to hear from them.

As a part of a leisure trip, a family who came to Munnar invited the three friends to spread their wings and entertain them. The following seven day spent along with the family and the celebration which happens there truly transform their life. The further incidents form the crux of the story. Devan enacts the role of Rtd.Judge Krishnan while fresh face Nakasha will be seen as Daliya. Produced under the banner of Aryajith Movies International, the movie is scripted by Rajan Aakulam.

Kalabhavan Mani, Joby, Biju Kuttan, Jijo, Kullapulli Leela would give life to other prominent characters in the movie. The camera is moved by Ayyapan. With four songs, the music is set by Sibu Sukumaran for the lyrics of Roy Purammadam. Najeem Arshad and Mridula Warrier have lent their voice for the songs.

The first schedule of the shooting has been completed with Thiruvananthapuram, Chennai and Kozhikode as locations. The second schedule shoot will be done at Ernakulam, Thodupuzha, Munnar, Wagamon. After the final cut, this visual treat would reach theatres very soon. The movie would also be a launch pad for new faces Babin and Naji and Naksa.