Sreejith Ravi, the son of actor T. G. Ravi who had made his screen presence in 2005 with 'Mayookham' has more than 50 movies in credit. After creating waves in the theatres through his humourous character in 'Punyalan Agarbathi's, the young actor will be seen in 'Ezhu Deshangalkumakale', a movie which is based on myth. 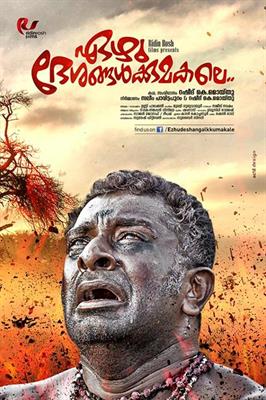 Directed by Rasheed K Moidu, the movie themes around Kalakettu Shangmughan who attempts to seek revenge through black magic. He clearly have the reasons for attempting revenge on others. 'Ezhu Deshangalkumakale' is a subject driven thought which has been taken as judiciously as possible. Some of the scenes required Sreejith to emote intense feelings which was truly challenging for him.

Singer Vijayalakshmi has sung a song in this movie for a scene which was picturised on her. Newbie Varsha plays a prominent role while Shivaji Guruvayoor, Fairal Mohammed, Kozhikode Narayanan Nair, Salu Koottad, Salim Pavittapuram, Joseph, Lexi and Liji Shereef have given life to other important characters. The story and screenplay of the movie is handled by Unni Palakkal. 'Ezhu Deshangalkumakale' is produced by Rashid K Moidu and Salim Pavittapuram.

More than a visual treat, the filmmaker has made an attempt to go through the way that less has traveled. The movie can be said to be a daring attempt from the part of the film crew.

Sreejith who has an experience of enacting challenging roles is known for his identical characters in various movies. Other than working for English plays like Tangled Chaos, Wait until Dark, Deep Freeze, Sreejith made his screen presence alive through movies like Adoor Gopalakrishnan's Naalu Pennungal, Mission 90 Days. Sreejith Ravi who performed as Abhayakumar in the hit movie Punyalan Agarbattis was well appreciated by the audience. As the movie turned to be a commercial success, Sreejith got a handful of offers.

He will also be featured in 'Kerala Today', which is expected to reach theatres very soon.