The Kerala Public Service Commission (KPSC) is all set to conduct one of the most prestigious exam, Sub Inspector of Police Trainee (General Executive Branch) to recruit suitable candidates for the service in Kerala Police. As the tentative schedule of Inspector of Police (Category No: 253/2014 to 256/2014) exam also got announced, aspirants who wish to work with the Kerala Police started the initial preparation for the test.

According to the notification from the Kerala PSC, the OMR test based on multiple choice questions is programmed for 2nd August 2014. Much interestingly, more than 52,000 candidates have already applied for the post through one time registration. As ample time is allotted for submitting application, it is expected that the number of applicants would cross 1 lakh. 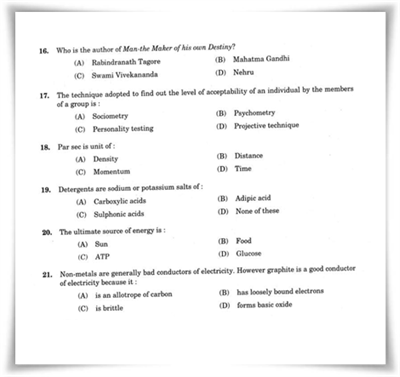 Even though the time available for preparation is limited, candidates would undergo hardcore training through various coaching institutes. The syllabus of the Sub Inspector of Police exam 2014 would give a clear knowledge about the areas which have to be covered while having groundwork.

According to the selection process, a preliminary written test would be conducted during the first phase. After the preliminary test, shortlisted candidate would have to attend the physical test during the months of 2014 December – February 2015. Those who pass the physical exams will be invited to attend the interview. After the crucial assessment, the final rank list will be prepared and published in the PSC website by June 2015.

Along with a healthy preparation, systematic learning and dedicated mind is needed to score high marks and reach the top slot. As both physical and mental ability are being tested, candidates should start working on it right now itself. It is very important to go through the previous question papers and taking mock tests. As the preliminarily test is an objective type exam, it is advised to gather previous question papers to understand the exam pattern and allocation of marks to various categories. Here is the question paper for the Sub Inspector exam held in 2010.

Kerala PSC police sub inspector 2014 hall tickets for Trainee (General Executive Branch) exam will be available from the Kerala PSC website from 19th July. The exam is scheduled to be conducted on 2nd August 2014 Saturday from 1.30 PM to 3.15 PM. The preliminarily test consists of an objective type exam (OMR Valuation) based on the qualification prescribed for the post. Read more to know about the syllabus and exam details of Kerala PSC police sub inspector 2014 exam.

How to prepare for Kerala PSC Sub Inspector of Police exam 2014? What are the preparation tips to score high marks in the Kerala PSC Sub Inspector of Police exam 2014? If you dream to build your career with the Kerala Police, a month long hardcore training is required to accomplish the target. As the exam is scheduled to be conducted on 2nd August 2014, the remaining time can be wisely used to perform well and enter the top ranks.