The theatres in Kerala have contributed a number of gifted artists who kept acting close to their hearts. Much hope is on a young and bold artiste who has proved her mettle by performing on various stages. Coming right from the 'world of drama', Hima Shankar is well known a highly talented actress, threatre artist and director. Closely associated with the leading theatre troupes in Kerala like Abhinaya, Theatre of good hope, Niriksha and Janabheri, Hima has enacted many characters in her acting career. 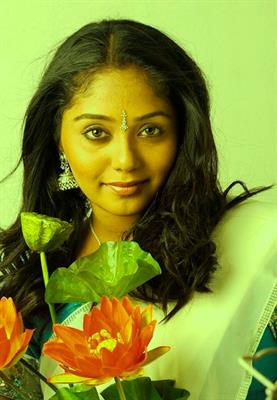 Right from her school days, Hima did write acts and performed it on the stages. Winning a prize at the age of 15 was much special to her as it was attained after competing against those with more than twice her age. Being a freedom talker, Hima was bold in character who wished to wear modern concepts and respond without any fear. Her days in the School of Drama gave her new experience. As theatre is the best means to have a close touch with the society, the messages flowed through this art have brought drastic changes.

A regular facebook user may not have missed the bold and brave status updates from Hima Shankar. Unlike other youngsters, Hima opens her mind giving serious opinion about social issues and personal assails. She keeps her facebook page active sharing even the small happiness with her followers.

Hima finds facebook as a medium to share her thoughts and get instant replies. Having responded for various issues related to woman, Hima's nature should be laudable and even an inspiration for others. Hima is a living example of intrepid and undaunted.