The 8th Vijay Awards ceremony to honour the best of the Tamil film industry in 2013 was held on 5 July 2014 at Chennai. Hosted by Neeya Nana Gopinath and Divyadharshini, the Vijay Awards was attended by celebrities and more than 10,000 people. Among the number of variety programs performed by various celebrities, the mimicry act performed by Kalidas Jayaram really stunned the audience. 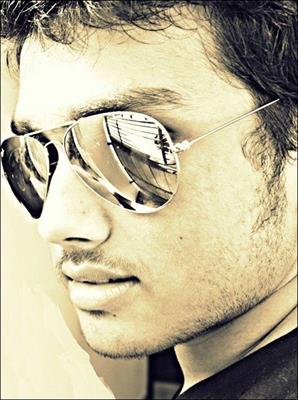 He imitated actors Vijay, Surya and Ajith even the stars who were a part of the award function. His father Jayaram is a popular mimicry artist who entered films imitating a wide range of actors. Kalidas Jayaram who is looking forward for a clean entry into tamil film industry has given his performance as a token before the real opening.

The 100 feet by 60 feet stage with 20 SD cameras both inside and outside the venue with still cameras, hand held cameras, jibs and one drone camera caught the eye of the audience. The award function which nearly happened for seven and a half hours is being telecast in two parts (four hours each) on 20 July and 27 July 2014. With a team of 100 people working both infront and behind the screen, the show was taken care of by Vijay Awards core creative VP Mahendran.

Kalidas Jayaram malayalam actor profile and biography is given here. Kalidas Jayaram is another star kid to make a debut in the world of Malayalam movie cinema. He is the son of megastar Jayaram and yesteryear actress Parvathy. He made his debut in the industry at the tender age of 7 years in a movie Kochu Kochu Santhoshangal. His performance in his second film titled Ente Veedu Appunteyum fetched him the National Award for the best child actor.