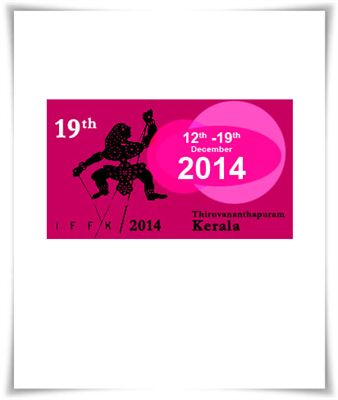 Organized by Kerala State Chalachitra Academy on behalf of Cultural Affairs Department, Govt. of Kerala, the IFFK will be a festive season for the movie enthusiasts. Apart from screening movies, short films and documentaries seminars of important issues concerned with Cinema are scheduled during the festival season.

Along with getting credited with cash awards, audience award and FIPRESCI award, the young filmmakers would get a rare opportunity to screen their inventive movies before the movie lovers. The submission of the film can be done only online at www.iffk.in, the official website of the IFFK. Films should be submitted on or before 1st September 2014. The rules and regulations and online entry form are available on the website.

Selection of films for competition will be done by a Selection Committee, set up by the Academy. The major movie categories include Contemporary World Cinema, New Malayalam Cinema, Retrospectives of Major filmmakers, Homage and Tributes and Contemporary Indian Cinema. From 2014 onwards, there will be a new category for Asian, African and Latin American movies in the film festival. Started in 1996, the IFFK continued to deliver the best movie experience time to time for the audience. Other than the regular awards, a new category of awards, for the Best Debutant Foreign Director will also be included from this year.

The film festival will be held on the various cinema halls of Trivandrum. The best Film of the festival can collect the Suvarnachakoram/ (Golden Crow Pheasant) – memento, certificate and cash award of Rs. 15, 00,000/-, equally to be shared between the producer and director. The best Director would be awarded the Rajatha Chakoram – a memento, certificate and cash award of Rs. 4,00,000/-. The malayalam films selected to the competition of the IFFK will be entitled to a grant of Rs. 1, 00,000 each.

So fasten your belts and get ready to enjoy the best of World Cinema to be screened in the upcoming International Film Festival of Kerala (IFFK).