'Mashithandu', a movie written and directed by Anish Urumbil is gearing up to make its historical presence in the malayalam film industry. To be the first movie ever to be produced by a college department, Mashithandu tells the contrasting story of Sanku, a high range kid, Kiran, a metro kid and Abu, a boy who fights against the odd stressing the significance of education in the current society. 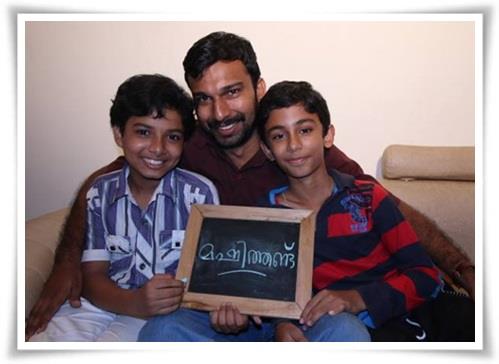 Produced by the students and teachers of the Social Work Department of Santhigiri College, Vazhithala near Thodupuzha, the movie is being helmed by Anish Urumbil, a teacher at the same college. The title song which begins "Manassoru Mashithandu..." penned by Jayakumar Chengamanadu tuned by Jinto John is being sung by actor Suresh Gopi. The concepts of Mother, Nature, and Love are given with much prominence in this movie.

The movie which is being produced during the 10th Anniversary of the college deals with social issues. To reach the importance of education among the students and as a caution against various abuses, 'Mashithandu' has much relevance. The shooting was carried out at various locations in Thiruvanathapuram, Kochi, Mullaringadu, Pattayakudy and Thodupuzha. Balachandran Chullikkad and Murukan Kattakkada recite two poems in this movie.

The Social Work Department of Santhigiri College has earlier produced two socially relevant shot films – 'Indulekha' and 'Purathekku Kelkkatha Nilavilikal'. The movie was completed through the fund collected from individuals and social organizations. Anil Vijay who has earlier assisted famous cinematographers such as Krish Kaimal and K.P. Nambiathiri is making his debut as cinematographer through this venture. After the final cut, 'Mashithandu' will reach theatres very soon.