Mohammed Ramzan, the winner of the most celebrated dance reality show D4 Dance is gearing up for his big screen debut. After gaining popularity through his innovative dance performances, the youngster will don the lead role in debutante Arun Raj Poothanal's 'White Rose'. 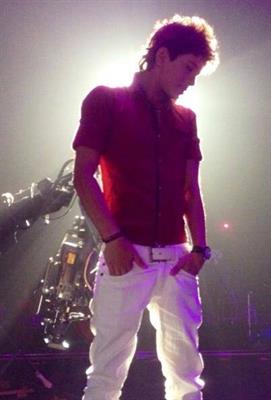 Scripted by the director himself, the movie is zooms into a teenage love giving much importance to education. 'White Rose' is produced by Pavithra R Prasanna and Prasanna Mani Achari under Austira movie banner. As Ramzan proved his skill in acting and dance on floor, it gave the producers to cast him in their debut venture. After the finalization of the heroine and other co stars, the movie will kick start by mid January 2015.

Even though, Ramzan has gained popularity though his majestic movements in D4 Dance, being a newbie it would be a challenge for him to set a platform on the entertainment world which is much bigger than the television floor. As act and dance are the most important elements for a commercial venture, Ramzan is confident to make his silver screen appearance with a blast which has a surprise element.

Earlier, Jewel Mary, the anchor of D4 Dance has made her big screen debut in 'Pathermari', donning the role of Nalini, wife of Pallickkal Naryanan, the character played by Mammootty. Meanwhile her co anchor Govind Padmasurya too is gifted with varied offers. After playing a pivot role in Varsham, the actor will be giving life to an important character in 'Hello Ajnabee', a multilingual movie to be directed by Vinil Vasu.

Midukki reality show winner Sneha Unnikrishnan has already proved her skill in acting through 'Actually' while another contestant Sandra Simon paired with Jayasurya in 'Lal Bahadur Shastri'. Through 'White Rose' Mohammed Ramzan is looking forward for a big break and create his own space in the malayalan film industry.