Basking in the glory of the previous ventures, including 'How Old Are You', scribes Bobby and Sanjay are gearing up to recreate the magic through their pen for filmmaker V K Prakash's next project. Titled 'Nirnayakam', the movie having Asif Ali, Malavika Mohanan, Tisca Chopra and Sanusha in lead roles movie discusses many aspects like the relationships between father and son, grandfather and granddaughter, mother and son. Touted as a family entertainer, 'Nirnayakam' carries a strong social message. 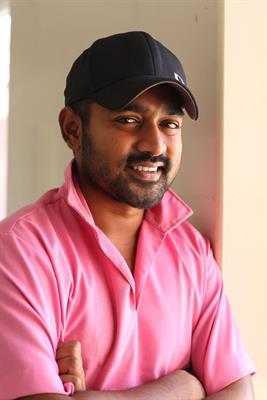 Asif plays the role of a National Defence Academy student who is much confused about his life. Malavika, a bold malayali woman born and brought up in Mysore is a dancer is Asif Ali's love interest who guides him to get out of confused situations. More than a typical love story, 'Nirnayakam' captures interpersonal relationships. One film old actress Malavika made her acting debut opposite Dulquer Salmaan in 'Pattam Pole'.

As the movie does not follow a straight story line, a bit of complication will add a twist in the entire tale. Bollywood actress Tisca Chopra, who played the mother of a dyslexic child in 'Taare Zameen Par', has also been roped in to play an important role in the movie. She had already paired with Mammooty in the Malayalam movie 'Mayabazar' in 2008. Siddique, Shankar Ramakrishnan, Prem Prakash, Nedumudi Venu, Sudheer Karamana, Prakash Bare Lena, Saiju Kurup and Sreedevi Unni donning important roles.

The major portion of the movie will be shot at the National Defence Academy in Pune while Kochi and Mysore are the other major location points. V K Prakash, who has completed the Marathi version of Shutter made his last outing in malayalam starring Mammotty in lead. State Award winning actress Sanusha gives life to a character which has much scope to perform. Shaiju Khalid will be wielding the camera.

Asif Ali's recent releases 'Sapthamashree Thaskaraha' and 'Vellimoonga' credited to be box office hits have raised the star value of the actor. When V K Paraksh, the director of movies like Punaradhivasam, Mullavalliyum Thenamavum, Moonamathoraal, Police, Beautiful, Gulumal and Trivandrum Lodge join hands with Bobby and Sanjay, the spectators can expect a thrilling experience in the theatres.