Anumol, who made her presence in the film industry through a handful of interesting characters, is gearing up to don an interesting role in theatre artist Manoj Kana's next venture. Titled 'Amoeba', the movie traces the story of a woman who lives amidst fears of contamination by Endosulfan. Earlier Anu has worked with Manoj in his critically acclaimed movie 'Chaayilyam'. The filmmaker plans to capture two contrasting images— life in Kasargod and life in the IT hub, Bangalore. Manoj K Jayan and Indrans will give life to other prominent characters. 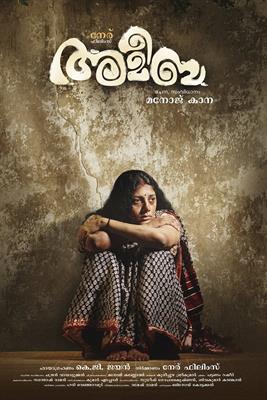 As Anu is best known for donning challenging roles, her character in 'Amoeba' would be interesting to watch. Some of her notable roles include Thankamani in Ivan Megharoopan and as a theyyam artiste in Chaayilyam. She also played Janu in Ranjith's 'Njaan', which was also appreciated by the spectators. Anu is blessed to get opportunities to play powerful roles at such an early stage in her career.

Even being an Engineer by profession, her passion and dedication in acting truly made to create a space in the malayalam film industry. Anumol is also a part of Dr Biju's movie 'Valiya Chirakulla Pakshikal', which too examines the lives of endosulphan victims. She play an activist at a United Nations conference. She also has committed 'Painting Life' helmed yb Dr Biju himself.

Manoj, a veteran malayalam theatre artist and a drama maker stepped into the industry with 'Chayilayam', which was completed with the contribution given by 2000 people. The movie is also being screened at Kochi Muzaris Biennale 2015. After four years of hardwork, Manoj succeeded in reaching the movie in theatres. He has directed staged fifteen stage plays and thirty street plays which include Piranha and Uratti that got lot of state awards.