After Killadi Raman, filmmaker Thulasidas is back on track with next venture, a women centric movie. Titled 'Girls', the movie will feature major actresses from the Malayalam movie industry, Iniya, Subhiksha, Arathi, Archana, Eden Kuriakose, Khaya, Sabitha Anand, Yuvarani, Sethulakshmi and Reshma donning lead roles. This big budget experimental horror thriller will also be released in other languages too. 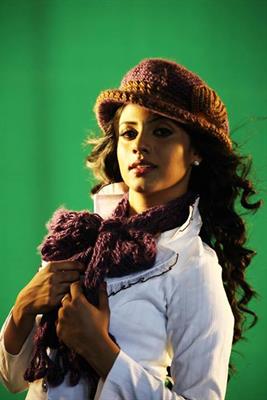 Scripted by Manoj Ranjith, 'Girls' zooms into the life of few docu-fiction technology students who set out on a journey. As a part of their course, these diploma students of a film institute set for a journey to a high range area to shoot a short film. A string of interesting elements involving all the characters forms the crux of the movie. The film which is on floors at Kuuttikanam and Wagamon, is simultaneously made in Tamil and Malayalam. Iniya gives life to the lead character Sophie.

This multilingual thriller has been titled 'Ini Varum Nattkal' in Tamil. For the lyrics of Manoj Ranjith, the tunes are set by M G Sreekumar. Sanjeev Shankar handles the camera. As women centric movies like 'How Old Are You' and '100 Degrees Celsius have got maximum recognition, a long line of movies which falls under the genre are under production. 'Mili' and 'Nee-Na' are quite few examples of the changing scenario of malayalam film industry.

She has completed the shoot of malayalam movie Rosapookalam, in which she play a modern wife opposite Vinay Forrt. Iniya has also committed a Tamil-Kannada bilingual suspense thriller titled Karayoram. As emoting is the same everywhere, she doesn't find any difficulty in juggling between different film industries.