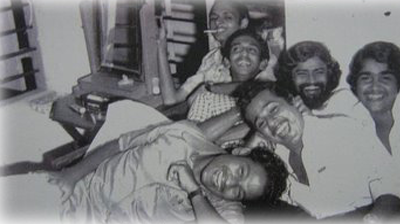 'Thiranottam' was a new start in Malayalam film industry. It gave birth to a new actor in Malayalam film world. The film is the first ever shoot film of Malayalam superstar Mohanlal. This film was happened in 1978. And the first shoot of Mohanlal was taken on 4th day of September 1978 at 11.30 AM on Kesavadev Road. This place was in front of Lal's house in Mudavanmugal. He was only 18 at that time.
This film was a work Mohanlal and his friends. These friends are well known to us. They are Maniyan Pilla Raju,Suresh Kumar, Unni, Priyadarshan, S Kumar etc. Maniyan Pilla Raju played the central character of this film. Mohanlal's role was the character of a disabled servant. The character's name was Kuttappan.
Unfortunately, the film was not released in the theaters. Some censorship problem made the release of Lal's first venture as an actor. But, later it was released in the theaters with the permission of the President of India in a Kollam theater. It took more than 25 years to release the movie. At that time Mohanlal became a superstar in Malayalam film industry.

Mohanlal's memorable film is Thalavattom with karthika and Soman