Delegates in the Inaugural Functions 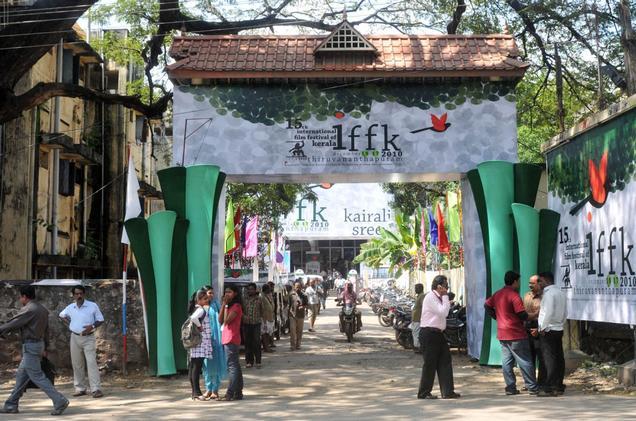 The first day's films: The first film 'Unreal Forest' disappointed many viewers in the very first day itself. Fifteen world films have played on first day in the various sections including seven films from world film section which are black and white, Domain, Little Rose, The Cicilian Girl, When we live etc and two films in Flamenco section. There is a good responses from viewers about the first day films.

Inaugural Film: The Iranian film Please Don't Disturb of Mohsen Abdolvahab's was the inaugural film. The film portrays how easily the values, passions or human sympathy can be shaken by an insignificant incident, and how easily these can be resolved.

Special Film Attraction: Twelve Flamenco films from countries such as Spain, Cameroon and Tanzania, a package of six new films from Africa, a package of seven movies bringing out the newest in Indian cinema and a section devoted to Japanese classical films are some of the other attractions of the festival.

High noon Malayalam Cinema: Another attraction of IIFK is the section titled 'Highnoon Malayalam Cinema,' in which are included one film each by G. Aravindan, G.S. Panicker, P.A. Backer, John Abraham and K.G. George on behalf of the Malayalam cinema in the 1970's and 1980's.

Malayalam movies: Malayalam movies like Aatmakadha, Janaki, Elektra, Makaramanju, Chithrakkuzhal, Veettilekkulla Vazhi, Yugapurushan and Chitra Sutram will be displayed in the Malayalam cinema section. The selected Malayalam films will be awarded a cash grant of Rs.1 lakh each which would be to be shared by the director and producer of the film.