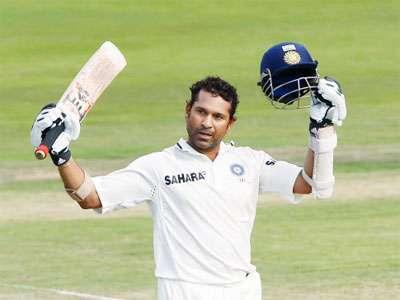 Yet another mile stone, the little master Sachin Tendulkar made history in the test match against South Africa scoring his 50th Test hundred, he is the first man to score 50 Century's in the history of the Game. He is the top run getter in the both form of the games and he holds the record for maximum number of century's in both Test Cricket and One day cricket. Earlier this year Sachin Tendulkar scored highest individual score of 196 and became the first man to become first male player to score a double century in the ODI.
Sachins 50th test century came in n the fourth day of the Test match between South Africa and India, India was bating to save the game after getting bowled out for 186 in the first innings in reply to South Africa scored Mammoth Score of 620 runs, India's defeat was certain, it was just a matter of time. But the little master stood Rock Solid, only Indian Skipper Dhoni could give him a company who scored half century.
It seems that even Heaven couldn't resist the teas as the God of Cricket got to his 5Oth ton, there was heavy down pour after the legend makes to his mark. Rain stopped the play on the fourth day when India was eight down; India couldn't resist the South African attack besides Tendulkar's heroic effort. Sachin would have been disappointed since the match in which he made history was night mare for the Top raked Test side; India suffered a defeat by an innings and 20 odd runs 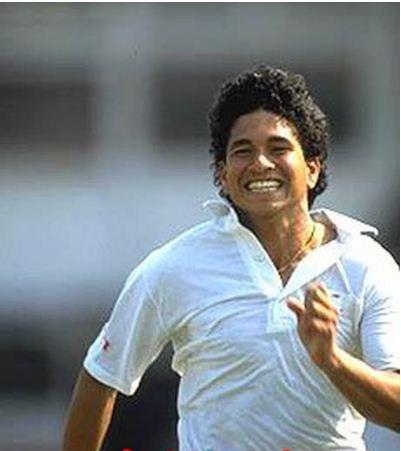 He was 16 when he first plated for the country, the little master was in got out for 15 runs in the game by another debutant Waquar Yunis, the great fast bowler. He had to wait for his 72 ODI math to score his first ODI century and he scored his first test century in his 8th Test match.
Then on it was a dreams run for the little master, he rose to the expectations of his Gurus and Cricket pundits. Sachin along with his friend Vinod Kambli made record Partnership of 600 runs for their School Sharadasram, their effort was noticed by the Indian selectors and Sachin made his way in to the Indian Team.

Rise of A star 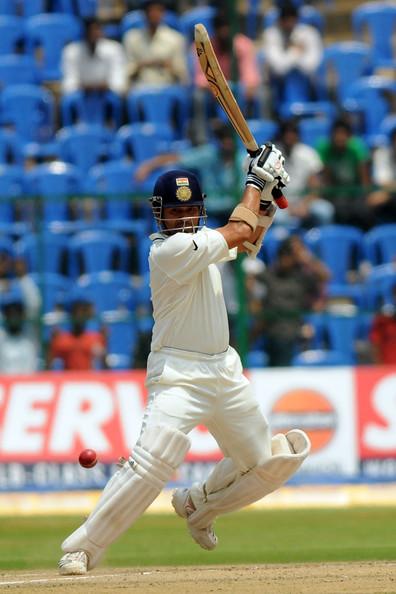 His carrier hit new highs with his unbeaten Century (148) against mighty Australians on a fast and bouncy pitch of Perth, Marv Hughes commented to Allen border at that time that "this prick's going to get more runs than you AB",
World seen the rising of the star through the years 1994-1999, he was in the peak of his carrier during this period. He started to open the innings in 1994 against NewZeland were he scored 82 runs in just 49 balls. He had to wait long for his maiden century he scored his maiden ton in his 79th ODI
In 1999,cricket world cup he was the leading run getter, he made two century's he was only Indian batsman, who scored a century in the disastrous 1999 world cup Cricket. 1998 Australia tour of India was memorable, no cricket fan will ever forget Sachin's batting against legendary spin bowler Shane Warne. Later Warne joked that he was having nightmares about his Indian nemesis.

Sachin as Skipper of Indian Team 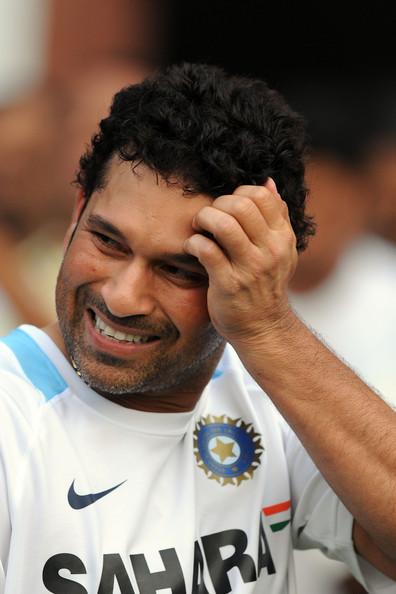 In 1996 Tendulkar was made the captain of Indian cricket team after Muhammad Azharuddin was resigned from the post, but Tendulkar as captain was a failure, he wasn't a good leader, former captain once said" Nahin jeetga! Choteke nasseb main jeet nahi he" means "he won't win! It's not in the small one's destiny "
India lost a the Australian tour by 0-3 and lost to South Africa by 0-2 in the home soil, his bad patch as captain continues it started to effect his batting as well. In 2000 India cricket as hit by match fixing scandal captain Azharudin was dismissed from the team, sachin was asked to take the captaincy again but he refused and Sourav Ganguly took over the captaincy in 2000.
After Ganguly was out of the team India tried many captains but couldn't succeed, again sachin's name came up but rather he suggested Dhoni as Captain of the side.

The Down fall and rise 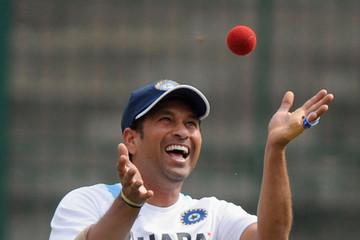 In Australia tour of India 2001-2002 sachin performed with bat and ball, but his decline of form started with the series against West Indies, he performed well in the first two test scoring a century and a half century, but in next 4 innings he could get only 8 runs with 4 DUCKS . But he regained his form in the following cricket world cup in 2003, Tendulkar performed so well that in 2003 world cup India reached the final of world cup after 1983, but he could continue his dream run in the finals against Australia, he was out for 4 runs. But his performance in world cup was superb, his 98 against Pakistan stands out, he demolished the pak bowling attack in spite of his injuries. He scored 673 runs in 11 matches played by India. He continued his good form.

In December 10 2005 at Feroze Shah Kotta, scored his 35th test century against sri lanka to break the record of 34 test centuries of sunil gavaskar. The bad form of 2003 was continued in 2006, in the match against England in his home ground he was booed of the ground by the crowd after getting out for a 21 ball 1 run,

I n 2007 West Indies world cup he was asked to bat down the order by the coach, his performance was dismal he could score a half century against the weak Bermuda, India suffered an early exit from the world cup, as a result, Ian chapel, brother to Indian coach Greg chapel called for Tendulkar to retire in his news paper column. The 2002-07 season was the worst for the champion, were his contemporaries like ponting and Kallis were in their supreme form. There were several calls or him to retire.

After the dismal 2007 West Indies world cup his career had a second wind and his consistency and form have returned. Bangladesh tour of India followed after the world cup set the stage for the return of the little master, he scored two consecutive 90 in future cup against South Africa, with this he set another record breaking g Michel Slater record of getting out in 90's for the most time.

His good form continues in the match against England, he completed 11000 test runs against England in Nottingham; Tendulkar was the leading run getter in the ODI series against Australia in the same year. In the following year, 2008 and 2009 he scored in bulk and cemented his position in the squad. In the match against South Africa He made history by scoring his 50th Test century, most by a batsman in the history of the game. 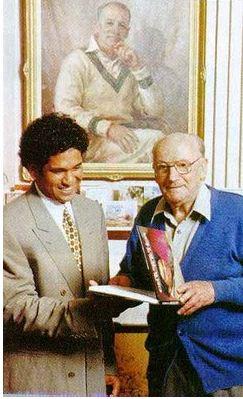 In a survey conducted by Australian news paper after the Historic performance against South Africa, he was voted as the greatest player in the history of the game 66% of people who participated in the survey, the great Donald Bradman Came second to Tendulkar having a vote share of 33%.