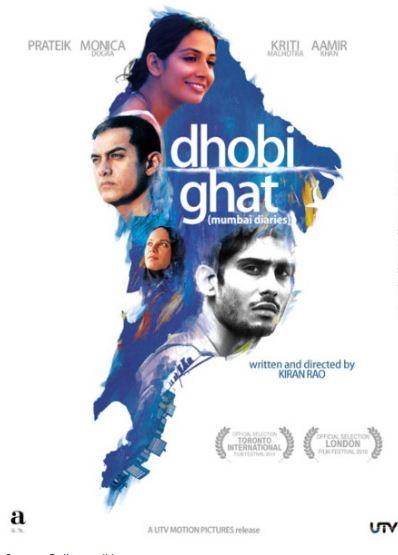 Dhobi Ghat, Mr Perfectionist Aamir khan's wife Kiran Rao debut venture in the Bollywood as an independent director, even before it is release in the Country, the movie got great response from a International Film festival recently. Aamir khan is playing the central character in the movie and the movie is produced by his home productions. The movie was actually shot in the dhobi ghat in the city of Mumbai, every day Aamir khan has to come to the location for shoot, it was hectic task for the crew to hide him from people of the area because the chaos that would create if his presence is disclosed, due to this Aamir was brought to site in a Motor Bike with Helmet on his head in every early mornings and back. 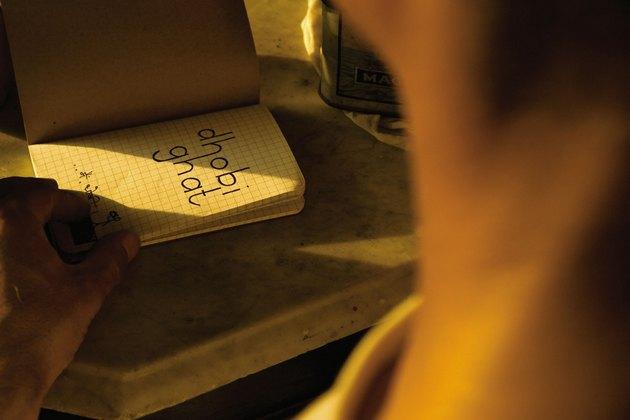 Even though it is debut in the industry Kiran rao has assisted Ace director Aushitosh Guawarikar in his Oscar nominated movie Lagaan and also in the movie Swadesh: we the people starring Sharukh Khan. An important highlight of the movie is the presence of the two time academy award winning music Director Gustavo Santaolalla, who is basically from Argentina , he won his academy awards for back ground score for movies Brokeback (2005) and Babel(2006)

According the Director the movie many ways about her, the people she met and the life she lived in the Crazy city of Mumbai. The film is about four people from different walks of life who are drawn together in compelling relationship, the character Shai Played by Monica Dogra an investment banker develops a friendship with the laundry boy Munna character played by Parteik Babbar and her Casual romance with the modern art painter Arun played by the star Ammir Khan and his relations with Yasin Character played by Kriti malhotra, the former resident of Arun's flat 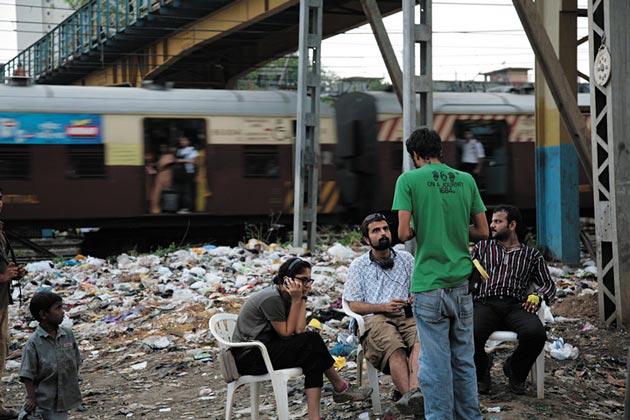 Mumbai city plays the fifth character in the movie, as the protagonists drawn closer to each other the city creates cracks in their relationship, the movie goes through the experiences of the four people who are bonded together and their journey through longing, loneliness, loss and Love. The movie is under post production works and it is expected to release later this month.

Some more thing About The Movie

The movie is in news for both for its uniqueness and it was hit by controversies as well, there was a controversy over the name of the movie "Dhobi Ghat", a petition was filed against the Aamir khan production by Hindustan Kanojia organisation of Dhobis chairman Vinod kumar, he accused that the story is about the Dhobi Ghat and its people, and the use of word Dhobi is will hurt the sensibility of certain cast. But the court rejected the plea of Mr Kanojia and imposed a fine of Rs 25,000, 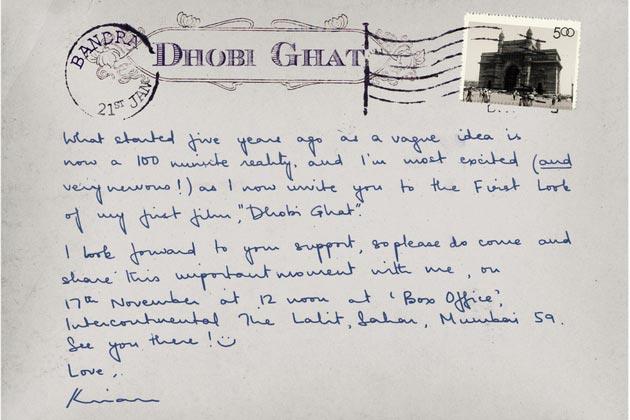 Kiran has adopted an Unique way of Promotion for her debut venture, she is promoting her movie by posting hand written post card to her friend in the media and industry every week She is sending post cards with information about Dhobi Ghat and her 12 years of Life in the Crazy city Mumbai, she is not leaving any stone unturned before the release, she seems to have learned the Jinx from her husband Aamir Khan. For more surprise there is News of Aamir Khan the producer and Lead actor of the movie keeping away from the Promos of the movie for his wife Kiran Rao to take the centre stage, he want the movie to be known as a "Kiran Rao Flim" rather than an Aamir Khan Movie 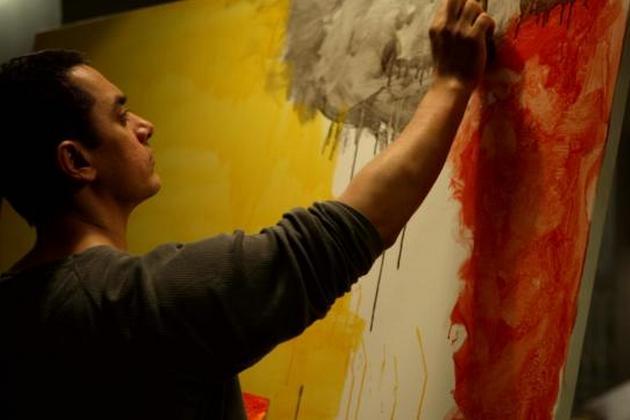 Aamir may be a successful producer, for three years his hasn't tasted the bitter of failure, he was successful in his all ventures, like the political satire peepli live with no sailable stars in the cast, or his direction venture and critically acclaimed Tare Zameen par or it is Comedy flick Three Idiots or the memento remake Gajani, he consistently hit the bulls eye. But when it come to his Wife's debut venture Dhobi Ghat , he fears that the audience of the country may reject the movie, all his previous movies was addressed the story in more of a fashion that is acceptable to the country's audience, but Dhobi Ghat is said in a unique way and the plot of the movie got nothing in dramatic in Nature but tells the story of human relations and its complexities which is not much appealing to the audience of the country, he is waiting for the release of the movie fingers crossed, 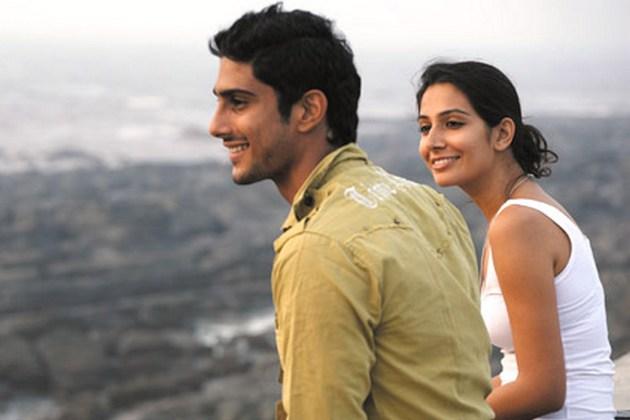 Aamir khan is playing the central character of Arun, who is a modern art painter living in the city of Mumbai, and the other characters are done by Monica Dogra, Kriti Malhotra and Prateek Bbbar 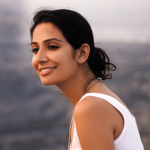 Monica Dogra plays the character of Sahi an investment banker in the movie Dhobi Ghat, it the debut of the Maryland raised Musician. Her parents are Kashmiri immigrants; she was very fond of the Hindi devotional songs, and Latha mangeshkar, from the Age of 16 itself she started to win competitions and she is a graduate from NYU in one of the prestigious music based programs, she is currently doing both plays and musicals in New York and her band S+F is considered to the most popular band of India. 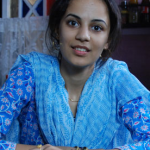 She is one of the leading Charecters of the movie Dhobi Ghat, she plays the character of Yasin the former resident of Arun's(Aamir Khan's )flat. For her also Dhobi Ghat is the debut movie in bollywood, but she is not new to the industry she has worked as assistant costume designer for the movies like Sarkar Raj, Delhi 6, Action replay etc...She was also participant of the MTV reality Show Roadies, later she worked in MTV as Director and Producer for the program MTV's Style check 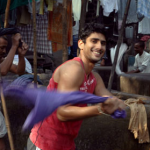 Yet another star son, he is the son of late Actress Smitha Patil and the actor turned politician Raj Babbar, he made his debut with Aamir khan productions Jaane Tu Ya Jaane Na, which claimed him the flimfare award. He plays the character of Munna a Laundry boy in the movie Dhobi Ghat.

Aamir Hussain Khan, the 46 year old khan who is currently considered as the most reliable Khan as far as the Box office is considered. He is the perfectionist he works hard to get in to skin of the character he plays, remember his efforts for the movie Gajni .His raise to stardom was phenomenal, until the 2001 Oscar nominated Ashitosh Guawarikar movie Laagan, he was in the shadows the other two Khans, with the success of the movie Laagan be became a super star overnight .Aamir is playing the character of Arun, who is modern art painter living in the city of Mumbai

Rest of the Cast

Kitu Gidwani as Vatsala, and Nafsa khan as Amma