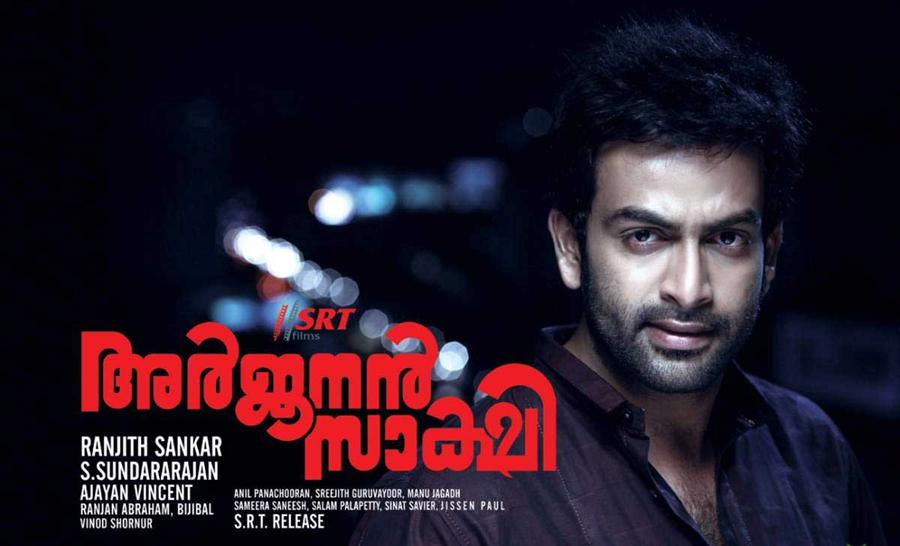 Arjunan Sakshi is the Upcoming movie directed by Ranjith Sankar. Arjunan Sakshi is Rajnjiths Sankar's second movie after the successful and critically acclaimed Passenger which won the Lohitha Das award . Ranjith Sankar has different movie culture different from those mainstream Masala flicks. Ranjith is genuine in his approach to the movies; he got different sense of perception about movies. In his first movie passenger, Ranjith attempted a Novel theme, may not in the World cinema but definitely for Malayalam Cinema. I was kind of fresh breath for the actor Dillep and Malayalam movies. The Success of the movies like Traffic suggests that it is right time for movie like Arjunan Sakshi to be launched.

In his forth coming movie Arjunan Sakshi Ranjith sankar says the story of the Vertically growing City of Kochi, in crimes and as a metro. Prithvi Raj and Elsamma fame Ann Augustine is doing the lead charterers Roy Mathew and Anjali Menon. Roy is an architect by profession and Anjali investigative journalist. Arjunan Sakshi like his previous movie Passenger belongs to the category of thriller. Roy .According to the director in order to depict the vertical growth of the city he purposefully used the top floor of apartment as the lead flat and the hospital room in which Roy Mathew is admitted is in the top floor.

Arjunan Sakshi is a contemporary film, and it is discussing Existing socio political scenario of the city of Kochi. It is about the society and people, about us..! How we evade our responsibility to society. We blame others for something went wrong; we are reluctant to take responsibility of the situation. We often forget that the freedom that we enjoys today is the scarifies of millions

Ranjith Sankar director of the movie thought about the in 2009 and shoot was going on for long time. The shoot was delayed due to Prithvi Raj's previous commitments like Santhosh Sivans's Urumi and City of Gods with his brother Indrajith. The movie was officially launched on November 1st 2010.

The film is being produced under the banner of SRT Films by S Sundararajan. Arujan akshi is unique for its production cost for a single scene of the movie cost 40 lakh Indian rupees. Considering the cost of a Malayalam movie it is big money, but in a single scene itself Ajunan has invested around ¼ of the total cost of Malayalam movie. It is a chase sequence in the climax of the movie, were technicians from Hollywood and maloowood are teaming up. Even the Crain shot of the movie has got specialty, the top angle shot are done with spider cameras by Ajayan Vincent