Kayam Malayalam Movie Review - Watch at your own Risk 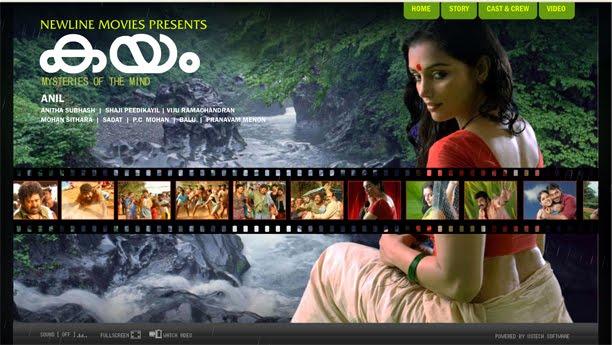 Kayam is the latest movie from the director Anil after the Jayaram movie Parthan Kanda Paralokam. Kayam is the story of Thamara and his haunting for love. The story takes place in a rustic small village, would feel more like an island and far away from anywhere. 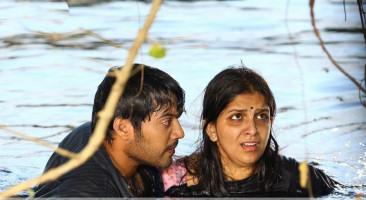 Thamara is so beautiful andit is also her bane. Thamara(Swetha Menon) is the wife of Choonda(Manoj K.Jayan) and they lived happily. Raghu(Anil Murali) is the adversary of Choonda and he gets a chance for a real battle when a Kabaddi match arrives in the village. Raghu brings in a star player Sajikuttan(Bala) as opponent to him. But unfortunately, it happens to be the lost brother of Choonda. Along with this, Thamara falls in love with Sajikuttan, makes things worsen than ever. What forms next, if you eager to know, go to the nearest theater in which Kayam plays.

Swetha Menon is beautiful and elegant in the movie. The movie tries to portrait the glamor of the actress. She manages to carry the personality through out the film. Mano.K.Jayan repeats his eccentric type role here too. But it is not boring to watch him on such roles. Bala as Sajikuttan gave a nice performance, better than his latest outings. The surprising package is Anil Murali, he excelled as the villain. Aparana balan as the love interest of Saji kuttan gave an OK performance. The other supporting characters including Seema .G.Nair, kottayam Naseer,asokan, aniyappan and subair comes with OK peformance. 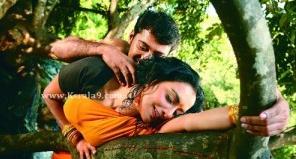 Anil tries to direct the film in an old Bharathan style. The tagline of the movie is 'Mysteries of the Mind', the title very suitable to the film considering its direction which concludes many mysteries in the film itself. A film is nothing but a waste without a good script. The script by Viju Ramachandran has many loopholes in the proceedings and he fails to develop the characters in its full length. Cinematography by Sadath is a plus point to the film. The film mostly shot in Palakad, capture its beauty fairly. Editing by P.C.Mohan is average and some scenes need trimming. The songs tuned by Mohan Sithara is average and in most part of the song,it exposes the oomph factor of Swetha Menon.

Anyway, Kayam is a small film with an average story line and star cast. What makes the film worse is its script and loose direction. Watch Kayam at your own risk.