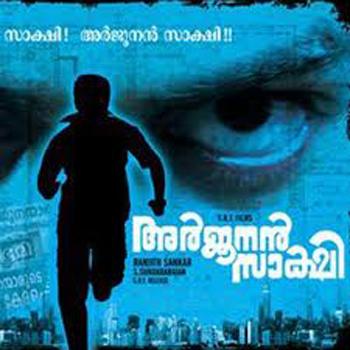 Arjunan Sakshi is suspense thriller from the director of Passenger, Ranjith Sankar. Prithviraj, the young superstar plays the hereo, Roy Mathew. Ann Augustine is the leading lady, playing a journalist. This movie is aimed at awakening modern-day youths, who are characterized by a helplessness and indifference to social issues in general.

Roy Mathew was born to railway employee parents. His upbringing and education was done in various Indian cities as his parents moved from one place to another in the course of their profession. He doesn't read news paper, not much for voting, and doesn't have much faith in Indian democracy. An architect by profession, Roy is coming back to Kerala after spending many years abroad. He arrives in Kochi looking for a job, and major companies there are in a race to grab him. 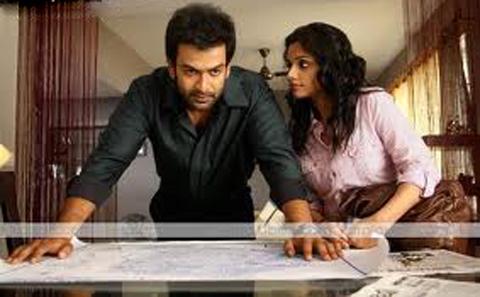 A major turnaround happens in Roy's life when he witnesses a crime in the city. Roy, awakened by his social consciousness, shares the details with the media, and lands in trouble. But this hardens Roy's resolve to fight the evil forces, and he is joined in his fight by Anjali, a journalist. The highlight of the movie is a chase featuring Roy and Anjali that will keep audiences on the edge of their seats. It is reported that this chase was shot without any dupes. More into the story will spoil the suspense.

Who is Arjunan? What is the crime he witnessed? These are the major suspense that the movie offers to audiences. First half of the movie drags a bit, but second half is fast-paced. This movie espouses a social cause: It is a clarion call to the present-day youths, to wake up from their slumber, pay attention to social issues and respond suitably.

Scripting is done by the director himself. As a director Ranjith Sankar has progressed along the path of movie direction. Prithviraj has done well as Roy Mathew. So is Ann Augustine. Another remarkable performance is that of Mukesh. Biju Menon, Jagathy, Nedumudi Venu, Vijayaraghavan, Suraj Venjarammood and Suresh Krishna are also among the cast. Ajayan Vincent's cinematography is a visual treat. Editing by Ranjan Abraham is also worth mentioning. Anil Panachooran's verses are tuned by Biji Bal. Background score and songs have made a positive contribution to the movie.