International cricket council announced the cricket awards for the year 2011. Jonathan Trott of England was named as the ICC cricketer of the year. This cricket awards include 10 individual awards that are awarded to some of the biggest names in men's and women's international cricket. Only Dhoni found a position in the biggest names in men's international cricket award list from Indian cricket team. He was awarded with the spirit of cricket of the year award for his recall of Ian Bell during the second Test match between England and India at Trent Bridge in 2011. Dhoni is also named as the captain of the ICC ODI team. Virendra Sehwag, Yuvraj Singh and Zaheer Khan are also found place in the team. But only Sachin Tendulkar found a place in the ICC Test cricket team and Zaheer Khan is selected as the 12th man. 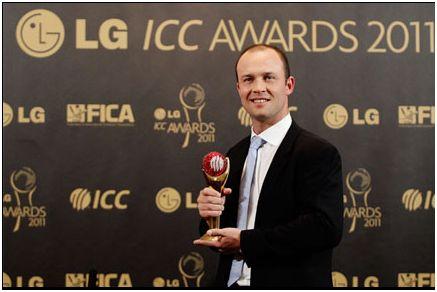