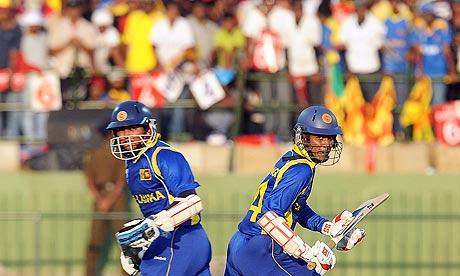 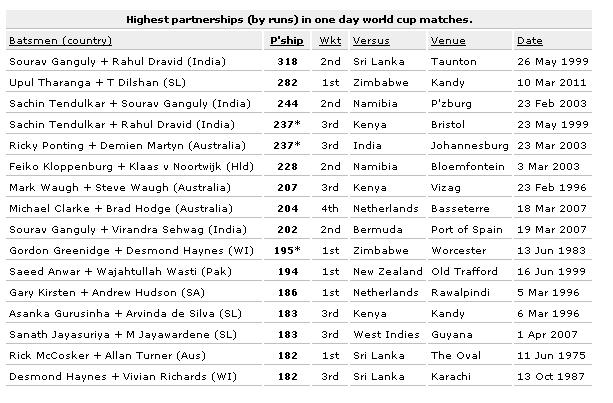 The partnership record created at the opening wicket by Srilanks Dilshan and Tharanga are Against Zimbawe. But look the Indians(Ganguly and Dravid) Created Record Against Srilanka(A Big Team). This is really better than Record creates by Srilankans against a poor team.