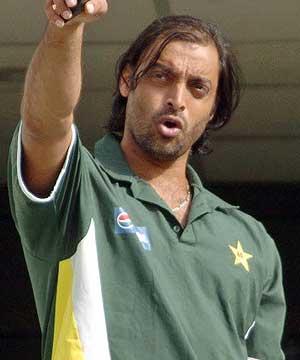 Pakistan pace Bowler Shoib Akthar Declared His Retirement After This World cup.He played 13 Years For Pakistan .Now He is 36 Years. Injuries are The Main Reason For his Retirement. He is Recalled For this World cup Squad a few Months Ago.

Shoib Akthar is the Only Bowler who Bowls a Bowl 100 miles per Hour.This is one of the record in cricketField.At this age he can bowl 145 kilometer per hour. His Bowling has Good Length and Pace.

Australian Captian Ricky ponting Said that He is The One Of the Best Pace Bowler He Ever Faced. His Speed is his Keys.While Batting Shoib Akthers Bowl,He always Confused to play that pace.Shoib Akther is made Conflict with Sachin Tendulkar When he is hitten by Tendulkar with a Six. 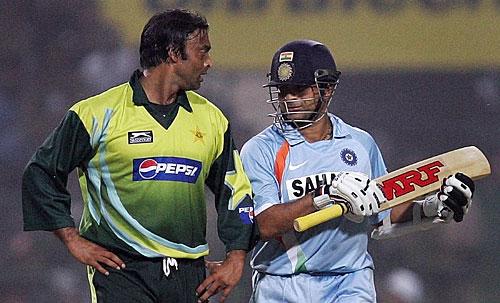 Shoib Akther's Careers other Villian is Bann. He is Banned Many Times By Pakistan Cricket Control Board(PCB) and ICC.

Shoib is very good pace bowler of Pakistan. He did his duty very for Pakistan. He is also called by Name Ravalpindi express due to his so fast speed of bowling.

Pakistan got victory many times by his outstanding performance. In his long period of career, he got many injuries. But he faced all of them.

A fast bowler is the main pillar for his team. He can give a good start to his team by taking some early wickets. Shoib is very efficient in his work. He took hat trick many times. Due to his outstanding performance we all will remember him.

In cricket history he will be always remembered due to his express bowling.....