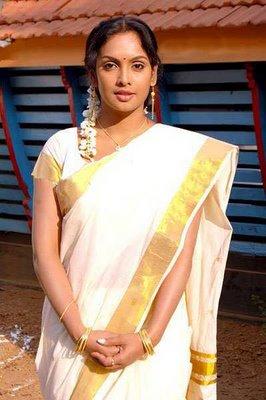 Jyothirmayi Nishant is a South Indian film actress. Jyothirmayi was born in Kottayam, Kerala. The actress started her carrier with modelling and TV serials. Indraneelam is one of the famous serial of this actress that won the hearts of Kerala women. Apart from serials she was also seen as anchor in City Channel and Asianet.

Jyothirmayi's film carrier starts with the Malayalam film Pilots in 2000. Later she did lots of films in Tamil and Telugu. Jyothirmayi has acted one Hindi film and one Hollywood short film. Meeshamadhavan film is one of the famous film of the actress in Malayalam in which she had done an item number dance. Jyothirmayi also exceled in some other fine roles in the films like Janakan, Sheshar, Anyar etc. Jyothirmayi got National award for her acting in Bhavam.

Jyothirmayi married Nishant, her lover on on September 6, 2004. Nishant was a software engineer when they got married. Both Nishant and Jyothirmayi studied together in Mata Nagar School. Some rumors says that Jyothirmayi and Nishant has filed papers for divorce.