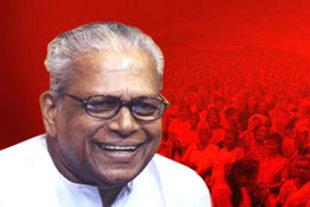 Velikkakathu Sankaran Achuthanandan popularly Known as V.S Achuthanandan A hard Core Communist a freedom fighter, who rose to the chair of Chief Minister of Kerala despite of the hardships he had to face even from his childhood. Comrade V.S Achuthanandan Dropped out of seventh class in the age of 11 after losing father and mother, he has o option but to assist his brother in the tailoring works. Later he took up the job of meshing coir to make ropes at a coir factory.

V.S Achuthanandan joined the freedom movement of India at the age of 15 in he joined State Congress in 1938. Two years later in 1940 he joined communist party of India like many who disillusioned with the policies of Congress. Political life the Comrade V.S Achuthanandan begins from the communist party, V.S Achuthanandan wa part of the famous Punnapra-Vayalar uprising. The revolt against the Diwan rule in Trvancore, this finally led to an attack, on Sir C. P. Ramaswami Iyer, in 1946 and end of Diwan Rule in Tranvacore .

V.S Achuthanandan contesting 2011 election from Malampuzha constituency, for his 6time and probably the last election of the, veteran CPI(M)Leader. This time there were reports of party denying seat for comrade V.S Achuthanandan, the public stood with V.S and protested in the streets over the denial of seat, V.S once again proved his mass support the row over this issue was solved when CPI (M) politburo announced him as the candidate of Malampuzha constituency.

V.S Achuthanandan 2006 Kerala assembly Election
The year 2006 witnessed the protest first of its kind, it was the first ever in the history of CPI (M) A public uproar over the denial of assembly seat for comrade a V.S Achuthanandan. After the mass protest PB decided to give part ticket for V.S. in Malampuzha constituency, he won the election at a margin of 20017 votes. HE became the chief minister of Kerala in 2006
Major Opponent: Satheesan pacheni INCI 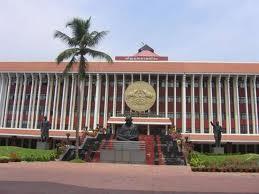 1985: V.S Achuthanandan was elected to the Politburo of CPI(M), he remained the member of Politburo for long 20 years

V.S Achuthanandan 1996 Kerala assembly Election
V.S Achuthanandan lost in the election contesting from MARARIKULAM to P. J. Francis of Indian National congress by a margin of 1965votes. LDF was the winning from of 1996 assembly election. V.S who was expected to be the cheif minister candidate of LDF missed out an opportunity
Major Opponent: P. J. Francis (inc)

1957: IN this year V.S Achuthanandan was elected as the state secretariat member of the CPI in 1957

1962:V.S Achuthanandan was demoted from state secretariat member over the issue of blood donation to the soldiers 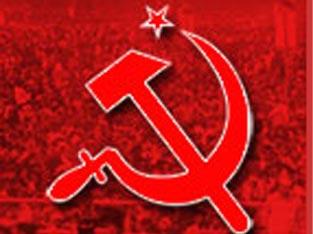 1964: 1964 is an important year in the history of Indian communist party, the communist party of India CPI splits, V.S was one of the 32 members who boycotted the CPI nation council and formed the new party under the leader ship of EMS,AKG and other prominent leaders. Among 32 V.S Achuthanandan is the one living member now

1980: In this year V.S Achuthanandan was elected as the Secretary of the Kerala State Committee, he continue in the position till 1992


1985: V.S Achuthanandan was elected to the Politburo of CPI(M), he remained the member of Politburo for long 20 years

2007: V.S Achuthanandan was demoted from the Politburo of CPI(M) to state committee, over the issue public comment made on party secretary Pinarayi Vijyan

V.S Achuthanandan is the chief minister of Kerala, who came in to power in 2006 Kerala assembly election. He took strong stand against the corrupt, he always was in forefront to fight corruption, it took him 22 long years to put the culprits of Idamalayar case behind the bars and he is still continuing with the anti corruption policies. 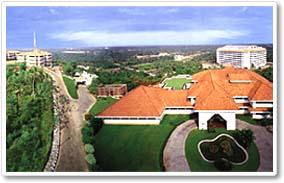 Major achievement of V.S Achuthanandan was the action against encroachment in Munnar of Idukki District. He took firm actions against the those behind the encroachment of government land.
V S Achuthanandan supports free and open source software movement in the state and Richard Stallman has also supported his activities regarding this.

Kochi Smart city project was one of glorious achievements of V.S Achuthanandan govt; he was successful in moulding the Agreement with the Dubai based company teacom in favour of the govt. The issue over the ownership of land was amicably settled with V S Achuthanandan initiatives

V S Achuthanandan govt should be credited for reopening 32 public enterprises which were closed during the last govt. The 32 companies are running in profit and in addition to that this govt started 10 more public enterprises

IT and Tourism field witnessed incredible growth during the period of V.S govt, his govt was able to create 20000 job position the IT sector itself .Apart from Techno Park and Info part this govt took initiative to start Cyber Park in Calicut . Techno Park which was situated in 246 acres of land is now elaborated to 847 acres of land

V.S Achuthandan Govt took the major step to prevent Farmers suicide by waiving the debts of Farmers. Base price of Paddy was doubled from Rs7 to Rs 14 during the time of V.S govt

This resource gives you the complete details about the CPI (LDF) candidate Geetha Gopi in Nattika Constituency, Thrissur District.