The Results of the 2011 Kerala SSLC was announced on 28th April 2011 at a record of fastest publishing of SSLC exam results. Now it is the time for applying Say exams. Students who have failed in 1 or 2 subjects can save one year by this say exam. 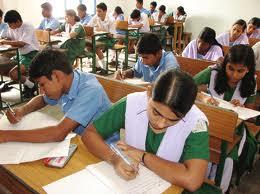 SSLC SAY examination 2011 will be from May 16 to 20 at selected centers in each districts.

SAY means Save A Year Exam conducted to give one more chance for the students to pass in that year itself.

Kerala SAY Examination can be written only by those students who have failed in 1 or 2 subjects.

The dates for submitting application for the revaluation of exam papers have also been announced.

The SAY 2011 Result will be announced in the June, SSLC SAY exam timetable and application instruction will be announced soon. Those who not able to become eligible for higher studies in SSLC, SSLC (HI), THSL, THSLC exam 2011 can attend the SSLC SAY Exam 2011. The results of SAY Examination 2011 will be announced by the first week of June itself.