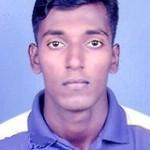 Prasanth Parameswaran, a bowler from a small village in the state of Kerala made a magical debut in the Indian Premier League (IPL) on May 2nd 2011 when Kochi Tuskers Kerala had to face Delhi daredevils. Both the teams needed a desperate win in order to keep alive their hopes of getting into the semi-finals. The Ranji trophy pacer, Prasanth instantly became the hero of the day and marched away with the man of the match trophy. He bagged two important wickets of Delhi's captain and classic batsman, Virender Sehwag and the productive batsman Venugopal Rao. The lanky pacer took Sehwag's wicket in his first over itself. By taking these crucial wickets, Prasanth turned out to be one of the main reasons for Kochi's win on Monday. The debut bowler had only nurtured dreams of playing in such important matches against the super stars of cricket. Never had he imagined that he would be able to play along with such international cricket stars. But finally this dream has come true when Kochi Tuskers Kerala decided to give him a chance to prove his skills. 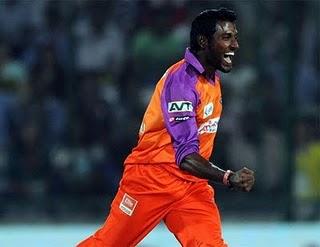 Prasanth's background and more information about his debut match

Prasanth was born in the small village of Thannermukkom in the district of Alappuzha in Kerala. He was an inexperienced and rookie player until he was shifted to Kochi by the prominent coach and former Ranji player P Balachandran to be trained at the Kochi Refineries cricket academy. The pace bowler had joined as a net practice bowler in the Kochi Tuskers Kerala training camp. During his school days, he was known as a hammer throw specialist. It did not take much time for him to impress the Kochi coach Geoff Lawson with his bowling prowess at a time when the coach was desperately looking for a good left-arm pacer to bowl at his batsmen. After being pleased with the bowler, Lawson told the Kochi owners to sign Prasanth to the Kerala team as the fourth Kerala player. The other three who were before him are S.Sreeshanth, Raiphi Gomez and P.Prashanth. The tall and soft spoken Prasanth was roped in for the match on May 2nd because the coach felt that his skills would be useful for the type of pitch that was available on the Kotla stadium. The 25 year old debutant proved the coach right by knocking off the wicket of Sehwag who is well known for his destruction of even the best pacers. Prasanth did not let his tension show when Sehwag hit a six off his first ball itself and ultimately recovered from it. It was extremely hard for the Delhi batsmen to score against the balls bowled by Prasanth. His overall bowling figures for the match was 2 for 29 from four overs. Even Sehwag, who usually does not praise too many pace bowlers, was awe-struck by the new found bowler and said that he is going to be an asset for the Kochi team and hopefully for the Indian team as well. But Prasanth still has a long way to go before he reaches the national level. He has to play consistently and keep improving with each match because getting into the national team is not an easy task.

In his cricketing career, Prasanth has played in List A matches and Twenty20 matches. His first match in the 'List A' series was against the Tamil Nadu cricket team on February 16th 2007 in Secunderabad. But he was unable to open his account in that match and it turned out to be his last match in the series. During the 'Twenty20' match, Prasanth made his debut against the Karnataka team on April 3rd 2007 held at Vishakapatnam. The humble medium paced bowler sang praises of his teammate Sreeshanth saying that he has supported him a lot in his achievement. Prasanth's story so far seems like a fairy tale. Coming from a small village as just another common boy, he has reached to such a high level as a debutant and is presently much praised by top-quality cricketers. His was not just any ordinary debut. In this debut match, which was a crucial one for Kochi Tuskers Kerala, he won the man of the match title and that too after taking the wicket of a world class batsman and a destructive opener, Virender Sehwag. All this happened just after few days of being signed into the Kochi team as a net practice bowler to help the Tuskers in their elementary camp. Prasanth is the first Kerala player to receive the man of the match award title in IPL. He is surely a very promising bowler and will go a long way in cricket. Here we hope that this fairytale does not come to an end soon and that Prasanth is able to improve with each and every match and finally reach the national level.