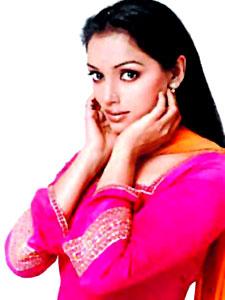 News has it that the love affair, which has been going on since quite a long time, was kept a secret from the media. The whole scenario reminds one of Prithviraj and Supriya Menon. There are many similarities such as the much-hidden long-term affair and also the spouses of both the actors being from the journalism field. Both Supriya Menon and Sreevalsan Menon are also based in Mumbai. Swetha Menon's marriage too will be a private affair and no entry will be allowed for the people associated with the media. Only close friends and family will attend the wedding function. The grand reception will be arranged later for which the media and all other friends and celebrities will be invited.

Earlier, Swetha Menon was engaged to a non-Malayalee but it got cancelled due to some differences in opinion and compatibility. Swetha's upcoming movie Rathinirvedam which will release in August 2011 is already creating waves among the public. The film is a remake of a hit movie in the 1980's Rathinirvedam by the same name. Swetha Menon is considered as one of the most talented and bold actresses of south India. Through her interviews, she has stated that she will continue to act in movies even after her marriage. She chose the kind of man who would understand her and allow her to continue acting after marriage.