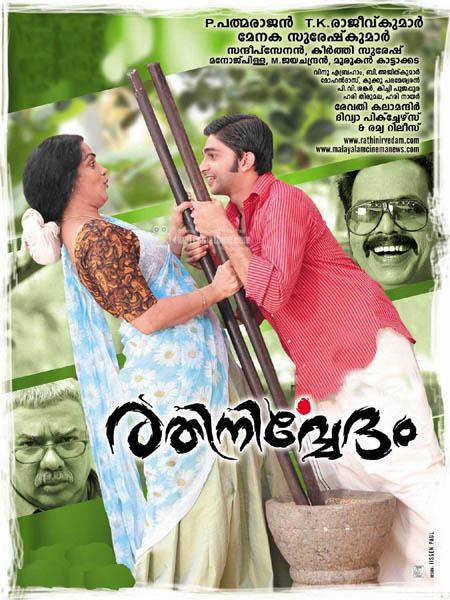 What you expect from a movie which is a remake of a classic film ? I know each have different answers in their mind. But to the least, we expect a movie that is somewhat near to the original that will surely satisfy our mind ( in its making). I too have many expectation before watching the new version of Rathinirvedam today. I don't have any intension to test your patience, so the answer to your doubts whether the movie is good or bad is that 'not bad, but not good!!'. Yes, I have to come with this answer after clearly review this film. The film has its own positives and negatives. But on the whole, the film is nowhere the original and the lead artists also not delivered the expected performances.

The film has high initial collections in all releasing centers because of the publicity generated with the film. So distributors and producers will happy with the outing that they will got a high profit from the first few days itself. Remember in mind that the film is a low budget film and have no superstars in it. Even then, the film creates high attention among the cine lovers, a good sign to the Mollywood. With the release of this film , I am sure that the old classic hits in this genre may all get a remake in coming days. Every one know what is the reason behind this huge initial collection of the film. Almost 90% of the viewers are youths and also the film will not get family audiences in the coming days.

The film will be a one time watch to youth audiences who are haunting for this type of movies. It has some fair scenes that are not crossed the dead line and captured in good frames. Performance wise, Swetha did not delivered the expected performance as Rathi. The director cleverly uses her glamour throughout the film. In my opinion, she didn't made justice to her role in 100 percent. The new face Sreejith is coming with an OK performance. But his acting is nowhere near Krishnachandran. The positives are the songs from M.Jayachandran and its picturisation. Another special mention should be given to Shammy Thilakan who delivered a good performance in his small role. Other supporting casts are Ok in their roles.

The direction is below average and Rajeev Kumar repeated this bad direction after his big flop Oru Naal Varum. The second half of the film is good compared to the first half. Another positive is the climax which is brilliantly shoted with the beautiful frames from Manoj Pillai. Other techncial performances are average.