Television: An important visual media with merits as well as demerits 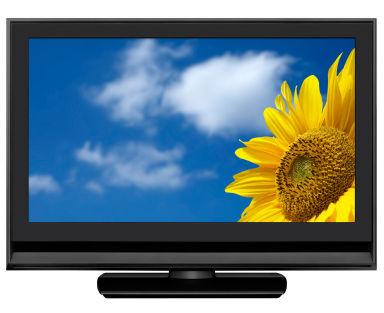 Television is a common visual media used all over the world. The term television is more commonly known as TV among people. Even when speaking we often use the word TV & very rarely television. This is actually a medium for telecommunication. It's an important fact that TV has a common place in every person's life. It is seen in almost all houses. Men are interested in seeing election news, sports & women are more commonly interested to see serials, films, cookery shows while children are interested to see cartoons, children shows etc.

Nowadays in almost all houses there is a complaint regarding TV. Men are saying that at the time of serials they are not allowed to see news. So from this we can understand the fact that TV has influenced majority of people in the world. In some houses there may not be any TV, but at the correct time of their favorite programmes they will be watching it in nearby houses. It is important to note that there are different Malayalam channels present in kerala. Check some important Malayalam channels of Kerala. Also you must be able to understand the fact that this TV has so many merits & at the same time some demerits also. Do you know the merits & demerits of a TV? If not, check the below points. Before watching TV, these points must be kept in mind.

By watching TV, we all people are able to see & hear the current programmes going all over the world. The important merit of a TV is that we can see & hear at the same time. We may not be able to go all over the world to see the latest programmes, events etc. But by watching TV from our house itself we are able to see all this events. Advertisements relating products can easily reach the mind of people through these TV. These advertisements play an important role in selling products. The important point is that people will easily get attracted to those advertisements. Lots of people get their favorite jobs by working in different positions of TV channels. That means you can work as an anchor, news reader etc. Sports are conducted in different parts of the world. So by watching the live programmes of sports in our TV, we are able to enjoy it.

Reality shows are playing major role in our TV. Parents will be able to understand the talents of their child & to encourage them through these programmes. Another important point is that when people are getting tired after their routine jobs, they can relax & enjoy by watching the favorite programmes. When compared to men, women are often interested in seeing tele serials. In most houses, before the serials start, women complete their household work very fast & sit in front of the TV. Even if there is hartal or bandh, those TV channels very fastly give the news to the public. The up to day market rates of gold, silver, rubber etc are given to public very easily. When considering politics, the views of political leaders are easily made available to the people. So during election times, each & every channel is on a compettiton to express the views of many political leaders.

There are different programmes in the TV which are really an entertainment for the people. The examples are cookery shows, reality shows, discovery channels, animal planets, cartoon films, tele serials etc. Some programmes of TV are a good medium of teaching people. For example, take the case of cookery shows, paintings, crafts etc. Anyway by watching TV, we are able to see the acting of actors, songs of famous singers etc. So without doubt we can say that television is a medium for entertainment.

Some important demerits of television

By going through the above points, you may have an idea about the merits of television, but at the same time remember that this TV has some demerits also. Students when they are watching TV, often get disturbed from their studies. During vacation times, most students are mostly spending their time watching TV, they are not involved in any extra curricular activities. At the same time their reading habits are also very low. Reading good books are essential for each & every person for keeping a healthy mind. But with the influence of TV most people are forgetting the reading habit. Some people say that they donot have any time for reading newspaper but at the same time they have more time in watching programmes of TV. Do not waste majority of your time by watching TV. Watching television daily can affect your memory, eye sight & inturn the most dangerous problem is the radiation that is coming out from TV. So you should watch TV only for a limited time & you should not become an addict to it.

Care needed while using a television

1.Do not keep televisions in bedrooms & study rooms of children
2.Do not watch TV very closely.
3.Do not touch it with a wet hand.
4.If there is something wrong with your television, immediately repair it with the help of a technician

Watch Amrita TV online streaming live on PC. It is the best opportunity for viewers of this channel to watch the live programs through the live streaming available. So don’t miss this rare chance to catch actions live on internet.