Some of the important Malayalam channels of Kerala

The following are some of the important Malayalam channels of Kerala.
1.Asianet
2.Surya
3.Indiavision 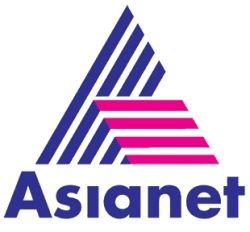 Almost all people are familiar with the word Asianet. This is mainly broadcasted in the Malayalam language, popular in Kerala. The important point regarding Asianet is that it is an entertainment channel. This was launched in the year 1993 with its headquarters in Thiruvananthapuram. This is owned by star TV & Jupiter entertainment ventures. This channel is available in countries like India, Europe, USA, China, Middle East etc. Most people who watch the Asianet channel are always familiar with the signature song titled 'shyama sundara kera kedara bhoomi'. The logo of Asianet is in blue & pink colors which were designed by Sujatha Kesavan. From Dubai, Asianet operates a radio station named Asianet Radio 657 AM & 1269 AM. K. Sashi Kumar is considered as the founder of Asianet, which is India's first regional satellite channel. One of the most important award ceremonies in Kerala titled 'Asianet film awards' was instituted by Asianet to honour the actors, actresses as well as technicians of Indian film industry. Some of the important programmes broadcasted by Asianet are
1.Travel shows (Sancharam, American Jalakam)
2.Reality shows(Idea Star Singer, Vodafone Comedy Star, Munch Star Singer Junior)
3.Dramas
4.Mythological Dramas
5.Cookery Shows
6.Talk Shows(Nammal Thammil, Nerkunner, Star Singers Ivideyanu)
8.Musical Shows(Sarigama)
9.Kissan Krishideepam
10.News Special( Vanveezhchakal, Kannadi, Gulf Round Up, US Weekly Round Up, Kettathum Kandathum)
11.Morning Show(Suprabhatham)
12.Valkannadi & Mail Box

Surya TV is one of the popular Malayalam entertainment TV channel in India with a sister channel named Kiran TV. There are two studios in Kerala namely Kochi & Trivandrum. This is the first digital channel in our country but now this is telecasted in the MPEG4 format. This is a part of sun network & holds an important position among the different types of Malayalam channels available in our country. Some of the important programmes in Surya TV are
1.Deal Or No Deal
2.Rasikaraja Number 1
3.Top 5
4.News
5.Serials
6.Subharashi

Indiavision is a popular news channel in Kerala. This is a Malayalam channel launched in 2003. M. K. Muneer is the founder of this channel, which has its headquarters in Kochi. This is actually a cable television network which is available in India & Middle East. The second channel of Indiavision (a 24 hour news channel) is YES (Youth, Entertainment & Sports) which was launched on 14 February 2007. Some of the important programmes in Indiavision are
1.Good Morning Keralam
2.Dhanakaryam
3.Sports Today
4.Arogyavicharam
5.Varanthyam
6.Meow
7.Kaleidoscope
8.News Night
9.24 Frames
10.Mukhamukham

Watch Amrita TV online streaming live on PC. It is the best opportunity for viewers of this channel to watch the live programs through the live streaming available. So don’t miss this rare chance to catch actions live on internet.