Asianet TV is a entertainment channel in Kerala which is broadcasted in Malayalam language. Asianet is one of the most popular channels for Malayalees and majority of them prefer to watch the programmes that are aired by this channel. It was launched in the year 1993 and is owned by Asianet Communications Ltd (ACL). Asianet TV channel has a wide variety of entertainment which caters to all departments of visual media including reality shows, serials, news, chat shows, cookery shows, travel shows, music shows etc.

Asianet TV channel is available not only in India but it is broadcasted in many parts of the world such as Middle East, China, USA, Europe, South East Asia and parts of the Soviet Union. Some of the sister channels of Asianet TV are Asianet Plus, Asianet News, Star Vijay, STAR Ananda, Star Plus, Star One, Star World, Star Gold, Star Movies, Star Utsav and Asianet Suvarna. The company Asianet Communications Ltd has been formulated under the leadership of Rajeev Chandrasekhar as a joint venture of Star TV network and Jupiter Entertainment Ventures. 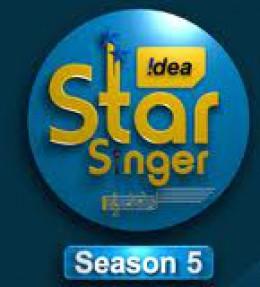 A unique feature of Asianet TV is that it is Kerala's first television channel in Malayalam which is owned privately. One can recognize Asianet from its logo itself which is designed in pink and blue colours by a well known graphic designer called Suchatha Keshavan. The theme song of Asianet TV is 'Shyama Sundara Kera Kedara Bhoomi' which has become extremely famous among Keralites. There is a very unique and interesting program on Asianet TV called Munshi which spans only for a maximum of ten minutes which gives a comical explanation of the latest happenings in Kerala. Another famous program of Asianet TV is Idea Star Singer, a reality music show which showcases the singing talents of the public. The program has successfully finished four seasons already. The serials of Asianet are also widely watched and most popular among the serials of the other channels. In 1998, Asianet channel brought up a new award show called Asianet Film Awards which has become extremely successful and is widely watched among Malayalees all over the world. Another very famous program of Asianet is the comedy show titled Cinemala which has become the synonymous word for comedy among Malayalees. It is one of the longest running programs of Asianet TV.