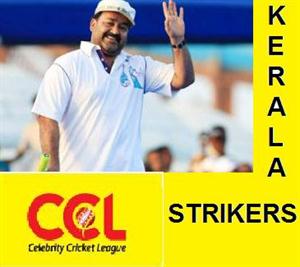 
Kochi Tuskers has been axed from the IPL T20, but another team from Kerala will star in the T20 matches, but not in IPL, in CCL. All kerala T20 fans can now await the entry of T20 team Kerala Strikers in the Celebrity Cricket League (CCL) representing movie actors from the state. The Kerala movies actors team will be captained by Mohanlal, who is also a co-owner of the team 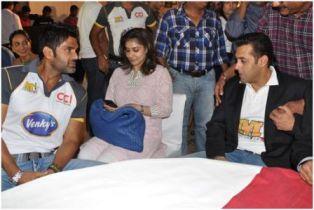 Lissy Priyadarshini informed that they have invested more than three crore in the team which includes 90 lakhs as the franchisee fees. She also added that the team owners will meet all the expenses of the team. Till now the team is not sponsored by any companies. The owners of all CCL teams will meet on October 6th in a Mega mela at Kochi. The team logo and the team jersey will be released on the same day. She also informed that the entire team will be present on October 6th. The presence of Sourav Ganguly, mentor of Bengal team, Sohail Khan, owner of the Mumbai team and the leading stars from the southern Indian film industry will make the programme a great show. CCL officials are now in talk with the TV media for the telecasting rights and if they allow, the gate will be open for free to everyone. 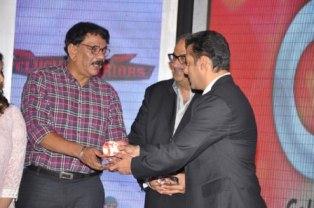 The entry of Kerala Strikers will been a great hope for the Kerala T20 fans after the exit of Kochi Tuskers from Indian Premier League. Their match against Bengal tigers will be played at Kochi. On October 6, the official team logo, the jersey and entire team will be unveiled.

Celebrity Cricket League is Money Making Game.Mohanlal is a Good Captain.
Who is THe Director?
who is say action and cut ?