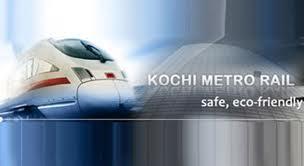 At last much awaited project in the heart of Kochi has finally come true. Kochi Metro Rail project would be completed in centre – state - public participation. The model for the project will be implemented from the Chennai model. The main goal of this project is t o introduce a world-class metro system in Cochin to enhance the quality of life for the Greater Kochi metro area by improving regional connections and reducing overcrowding, traffic congestion, transit time, air and noise pollution. Chief Minister Oommen Chandy inaugurated the construction works of Kochi Metro Rail Project, at the Ernakulam Town Hall on 30-08-2011. The approximate investment required the project is calculated to be around Rs 4,500 crore. The project is expected to be completed in four years.

Metro Rail is necessary for the proper development of the business centre of Kerala. Accessing jobs, education, livelihoods and other social needs from the outskirts into the business centre of the city would become less time consuming and quality of life will increase for the urban population. The average citizen would get a reliable, safe, economic, comfortable, user friendly and punctual mode of transport at affordable rates. Apart from providing connectivity, the project will bring about a more equitable allocation of road space by encouraging greater use of public transport. The 25-km-long Kochi metro would begin at Aluva, pass through Kaloor, M.G. Road, S.A. Road and end at Pettah, near Tripunithura. They will set up automatic fare collection system with combination of smart card & computerized paper tickets. The initial capacity of each train will be 600. 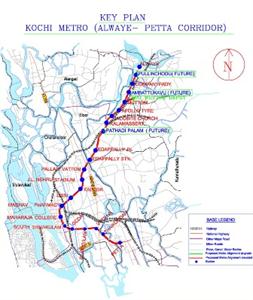 The 25-km-long Kochi metro would begin at Aluva, pass through Kaloor, M.G. Road, S.A. Road and end at Pettah, near Tripunithura. The stations in this 25 KM stretch are as given below starting from Alwaye and ending at Petta. 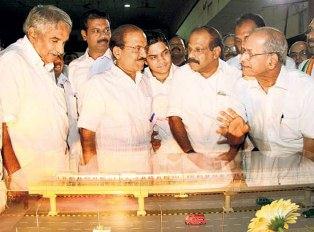 Everyone is hoping for the fast completion of the project as it will be reliable, safe, economic, comfortable, user friendly and punctual mode of transport. We can also expect that such or similar project will also be implemented in other major cities of Kerala since it is important for the proper development of an urban life. Oommen Chandy government is giving their maximum effort for the proper, reliable and fast completion of the project. When the Delhi Metro Project was announced, Kerala government also proposed for the same project, but got delayed due to various issues. So we can hope that this government will do htier best to complete the project in the proposed time.

JICA to fund half of Kochi Metro Rail

This is a great project in kerala .Oommen chandy government is giving their maximum effort for the metro.So the government hit list No one the metro .