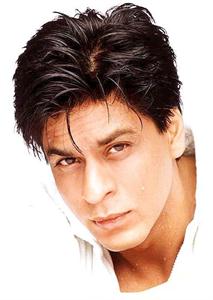 Is it a dream? Or is it fabricated news? - 'King of Bollywood Shahrukh Khan is acting in Malayalam movie'. But the real news is that Shahrukh Khan will be a part of an upcoming Malayalam movie for the promos. King Khan has agreed to appear for the promotional campaigns of Kalavoor Ravi Kumar directorial venture Father's Day which also features Oscar winner Resul Pookutty who also acts in the movie. It is reported that it was Resul Pookutty smoothed the channel between Sharuk and Ravikumar which made the director to meet the actor in Mumbai. Shahrukh was interested in the script and gave green signal to be a part of the promotions of the movie.

Sources say that the king Khan would act in the few advertisements in related to the promotion of the movie.

Earlier Sharuk Khan had given permission to use his photos in the stills of Mohanlal –Mammooty movie 'Harikrishnans'. Few weeks back Shahrukh Khan's visit to Kerala related to the inauguration had made news.

The cast of Fathers Day includes Shaheez, Lal, Revathy, Shankar, Suresh Krishna, Vineet, Jagathy and KPAC Lalitha. The movie which is being produced by Bharat Cinemas will start shooting at the end of September 2011 at Kanuur.

Read about upcoming malayalam movie Father's Day here. The film is scripted and directed by Kalavoor Ravikumar. Lal, Revathy, Shaheen and Indu Thampy are the lead actors. Oscar winner Resul Pookkutty does a cameo in the movie. Read more in the article.