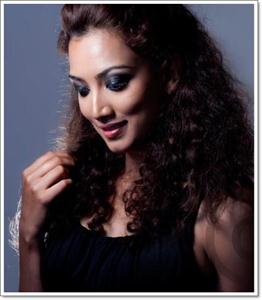 Ms. Lakshmi Anand from Karnataka has been crowned as the new Hairomax Miss South India. She outdid 15 beauties in the grand finale of the 9th edition of Miss South India that took place at Gokulam Park Inn, Kochi. Elizabeth Thadikkaran from Kerala and Yamini Chandar from Tamil Nadu have been selected as the 1st Runner up and 2nd Runner up respectively. The judging panel consisted of Miss World Runner up Parvathy Omanakkuttan, Actor Srikanth, Actor and Model Richa Pannai, Miss Queen India and Model Pooja Bhamra, Fashion Designer Sajimon Parayil and Media Personality Toshma Biju. will get the cash prize worth Rupees One Lakh. The Runners up will be awarded the home appliances worth Rs. 50,000 and Rs. 25,000, sponsored by Nandhilath GMart, respectively. There are numerous gifts sponsored by others also.

The winners of subtitles are decided by the expertises panel headed by Dr. Thomas Nechumpadam. They are Miss Beautiful Hair- Elizabeth Thadikkaran, Miss Beautiful Skin- Abhinaya, Miss Talented- Ashwathi. Seven beauties found place in the last round of grand finale.

The contestants showcased their performances in four rounds namely the Designer saree round, Casuals, Black & Black and Linen wear. There were the questions and answers section to test the intelligence and communication skills of the contestants.

The contestants had been under grooming for 4 days, after which the finals were staged. The four hour long event was organised by reputed event management group Pegasus and directed by Mr. Ajith Ravi, the founding chairman of Pegasus.

Watch the most glamorous event of South India Hairomax Miss South India 2011 Beauty pageant live online on the official website of the event on 5 th November 2011.The event will be hosted by Gokulam Park Inn, Kaloor, Cochin.

The grand finale of Miss south India 2011 will be held at Cochin Gokulam Inn on 5th November. Soon after Miss Kerala, Kochi is again going to be the venue for the Hairomax Miss South India 2011 title. Read this article to get the full details of this extravaganzas fashion show event.