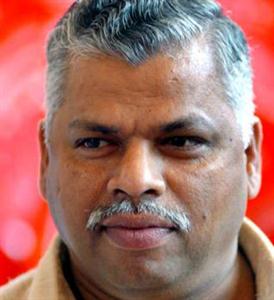 The Kerala High Court declared its verdict on the contempt of Court case against CPI(M) leader M V Jayarajan. The High Court sentenced Jayarajan to rigorous imprisonment for 6 months and a fine of Rs. 2000. This is the maximum punishment that can be given in a contempt of Court case. This is also the first time that imprisonment has been given for contempt of court case in Kerala. The verdict was pronounced by the Bench comprising Justice V. Ramkumar and Justice P.Q. Barkathali. S Sreekumar was the advocate of prosecution. After the verdict, Jayarajan was taken to Pujappura Central Jail as per the Court's direction. He is supposed to go for appeal in the Supreme court.

The incident regarding the case was happened on 26th June last year. It was the remarks of Jayarajan on the court's judgement and judges that led to the issue. Jayarajan outbursted and made some critical comments against the judges for banning roadside meetings during a public speech at Kannur on June 26 last year. His 'shumban' remark on judges triggered the controversy. The High Court initiated the contempt of court proceedings suo motu after recieving a writ petition filed by advocate P Rehim, a resolution by the Kerala High Court Advocates' Association, and a few other complaints. He also continued to lash out against the court even while the case was under the scrutiny of the High Court.

A few leaders had faced the contempt of court case before. In a similar case, E M S Namboothiripad was asked to pay a fine of Re.1 by the Supreme Court. Paloli Muhammed Kutty escaped from punishment in a case after sending an apology letter to the court. Mathai Manjooran, Bahuleyan are among other politicians who faced the cases.

The High Court judgement has triggered mixed responses. The Chief Minister and other UDF leaders welcomed the verdict. The LDF leaders responded against the verdict. The denial of the right to go for appeal is to be criticised, they pointed out. Immediately after the verdict, the request of Jayarajan to suspend the punishment until he goes to appeal in Supreme Court had been rejected by the High Court.