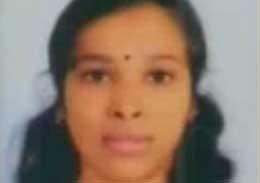 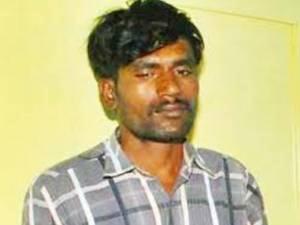 The prayer of Malayalees doesn't go into vain. Govindachami, the dreaded one hand killer has got a good punishment from fast track court. Govindachami will get a capital punishment in Soumya's murder. The verdict was announced by judge KN Ravendra Babu. The court has found guilty against Govindachami for rape, murder, robbery and trespassing. Govindachami was brought to the court with high security. Many people were present in the court surroundings and they were shouting against the brutal killer. The case sheet consists of 200 sheets which include the statements of 156 witnesses. Trial was started on June 6.
Prosecution explained that the case as rarest of rare case and he said that the Govindachami has not shown any qualm during murder and rape. Prosecution successfully convinced the court about the presence of Govindachami in the train between 5.30 pm and 8.30 pm and was able to prove the presence of his skin under Soumya's nail. Fingerprints experts from Tamilnadu established previous cases against Govindachami. Soumya's brother Santhosh also demands capital punishment against Govindachami.

The defense lawyer for the Soumya murder case was B.A, Aloor who is a prominent criminal lawyer. Malayalees did not get any clue how Govindachami hires a highly paid lawyer. Later B.A Aloor himself explained that he was made defense lawyer by the request and fees of several networks of criminals from Tamilnadu.

Govindachami is only a part of this chain. Our society only wakes up after having a martyr. There is long way to go. Rather than protecting woman, they should provided the environment they can walk without fear.

I think court gave ideal punishment to Govindhachami in sowmya murder case. Special thanks to kerala police for thier dedicated and fast investigation through out the murder case.
With rpegards
Ajmal