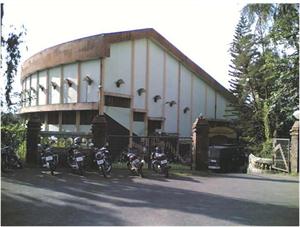 The tragic incident flooded with blood during the struggle for independence passed 90 years. Wagon tragedy is still a painful moment. Tirur has become the venue for predecessor of the Malabar Riots, the Wagon tragedy. The white men hunted the Indians for standing against the British community. They migrated the countrymen to Andaman islands and Coimbatore. The similar unmerciful technique of pre-planned migration was the Wagon tragedy. The rebellions who disturbed the sleep of the white men were decided to make parcels under the leadership of Humfrib, special officer Evans, district police superintend Hichkock. Almost 2000 were been migrated. The British pre-planned to kill all the migrators migrated on November 20th.

The British inserted many of the freedom fighters in to a MSLV-1711 no. Wagon at Tirur station on November 20,1921 and moved the train. The prisoners suffocated and were unable to breath due to the congestion in the wagon. More than half of them lost their lives. When the train stopped at the Pothannur station in Tamil Nadu, only some of them were able to survive. The station master of the station returned the train back to Tirur station keeping the dead bodies in it.

72 lives were gone. Many of the people lost their conscious after viewing the wagon. The natives of Tirur took away the dead bodies. Meanwhile the officers had already left the place. The dead bodies were buried at the graveyards of famous mosques Korangath Juma Masjid and Kot Masjid. The dead bodies of Hindu freedom fighters were buried at public places. The victims belong to Kuruvambalam, Mambad, Thrikkalangod, Payyanad, Peroor and Chemmalassery. Most of them were from Kuruvambalam.

Investigation agencies were been formed to investigate this merciless act. But the none can help the Indians, they supported only the British men. The town hall of Tirur was constructed on the memory of the victims of Wagon tragedy. The complete details of the victims are listed in the town hall.

Programs to be Held on 90th Anniversary of Wagon Tragedy

At Tirur- Programs were scheduled to be conducted on the occasion of 90th anniversary of Wagon tragedy. National seminars, demonstrations, exhibition, public conferences etc. are planned to be conducted on 21st November at the Tirur town hall. Historical demonstrations will be inaugurated by Abdurrahiman Randathani at 9:30 am. At 10:00 am the historical seminars will be inaugurated by N.Kurupp. The session will be presided by Adv. N.Shamsudheen MLA. Dr. V.Kunhali, Musthafa Kamal Pasha, K.K.Mohammed Abdul Sathar and M.A.Thangal will conduct seminars. Wagon tragedy documentrary demonstrations will also be held. At 6:00 pm the public conference will be held. In this session the winner of NSS national award Nasar kodakodi and the winner of rottery award Dr. TP Ibrahim will be honoured.

At Malappuram; The 90th anniversary of the Wagon tragedy will be held at Malappuram Kottakkunnu. Minister Anil Kumar will inaugurate the session. The chief magician of Malabar Magic group Shajahan Mambad will conduct the program.