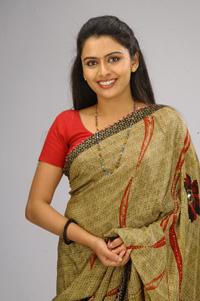 Majority of the Kerala people are familiar with the name Dhanya Mary Varghese who proved her talents in Malayalam film industry. This talented actress was born in Muvattupuzha located in Kerala state, India. She completed her educations at institutions like St Joseph's higher secondary school, MKM higher secondary school and St Theresa's college Ernakulam. When considering her film career, it should be noted that she entered the Malayalam film industry as a junior artist.Dhanya Mary Varghese debut Tamil film was Thirudi while the debut Malayalam film of actress Dhanya Mary Varghese is Nanma directed by Sharath Chandran Vayanad. But in the film Nanma, Dhanya did a supporting role only. Later she got the chance to work in Malayalam films like Thalappavu, Vairam fight for justice, Kerala Café, Red Chillies, Cheriya Kallanum Valiya Policum, Nayakan, Drona 2010, College Days, 3 Char Sau Beas, Sivapuram and many more. Apart from this acting in Malayalam films, Dhanya also worked as a model for different firms like Asian paints, Malayala Manorama, Kalian Silks, East Tea Campaign, Chungath Prince Jewelers and Narasimham Hair Oil etc. This talented girl was also an anchor in Vanitha Asianet Film Award 2009 and as a guest judge in2010 Asianet Idea star singer. It's interesting to note that Dhanya is also a trained classical dancer. Dhanya Mary Varghese films for release 2012 include Platform No:1, Sivapuram and Ennennum Ormakkayi. 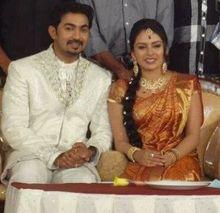 Actress Dhanya Mary Varghese is getting married to John on 9 January 2012 at Thiruvananthapuram M. M. Church. After that there will be a reception at the Sreemulam Club. John is a dancer and actor, who was the winner of Tharolsavam program in Kairali channel. Apart from this, John is a MBA graduate, who manages a self -owned production company and real estate business. For the first time, they met on the sets of 100th episode celebrations of Asianet Comedy star. Later their acquaintance blossomed into love. For the time being Dhanya is saying good bye to her acting career. But she informed that if her husband is supportive and a good role from films is available, she would take it.