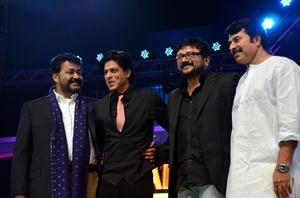 Only few days are left for the most spectacular show on television, Ujala Asianet Film Awards 2012 which would be one of the biggest shows in malayalam television to be watched by viewers from around 100 countries where Asianet is available on TV and also through internet. Being the most prominent award ceremony in television given for malayalam movies which is being conducted by Asianet every year in association with Ujala is considered to be the biggest show in the history of malayalam channels. Started in 1998, this grand ceremony is hosted to honour talents behind and in front of the screen who have contributed for the growth of malayalam film industry. The 2012 edition of Ujala Asianet film awards ceremony was held at Dubai. Prominent personalities representing the malayalam movie Industry become a part of this grand event which had seen the presence of Bollywood King Sharukh Khan and queens Vidya Balan and Asin.

Rocking performance of actors, actresses who are a vital part of malayalam movies added more colours to the mega event. The highlight of the show was neither but the thrilling performance of Sharukh Khan. The much awaited mege show 'Ujala Asianet Film Awards 2012' will be telecast in Asianet on 21st and 22nd January at 6.30 PM.