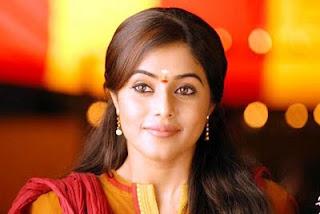 Malayalam cinema is now seemingly after the remakes of yesteryear hits whether they are films or songs. The success of some such projects have prompted a group of producers to take that direction as well. Neelathamara and Rathinirvedam are the old hits remade recently. Suddenly a trend of remake projects have been made up. Avalude Raavukal, Nidra and Chattakkari are included in this. The most notable fact is that major part of these films are known mainly for its mature content and steamy scenes. Although some of these announcements ended like a storm in teapot, a few have started rolling. Such one is Chattakkari.

The project of Chattakkari has been in the news, especially in regard to its lead character. And, after many selections and ommissions, the heroine has been finalised. To the surprise of many, it is Poorna aka Shamna Kasim who has been chosen to reprise the role portrayed by Lakshmi in the original.

Although being an acclaimed dancer and a live performer, Shamna hasn't yet portrayed any major role in Malayalam. That has raised some eyebrows as well. Anyway, she is hopeful to have a break in her career with the film. Shamna has played the lead in a number of Tamil movies but none of those went on to be major hits. 'Chattakari' would be her first major project in Malayalam.

The movie is to be produced by Suresh Kumar in the banner of Revathy Kalamandir. They were the team behind the new Neelathamara as well. The new version of Chattakkari will be directed by Santhosh Sethumadhavan, the son of director KS Sethumadhavan. Santosh is thrilled to remake a film done by his father and have a stormy debut as a director.

Chattakkari, directed by KS Sethumadhavan in 1976 was a huge hit then. Starring Mohan and Lakshmi in lead roles, the film was noted for some explicit scenes and skin show factor. Although it was rumoured that Mythili and Nithya Menon were offered the role, they reportedly declined it. Then the luck went in favour of Shamna. The film shooting is set to roll soon.