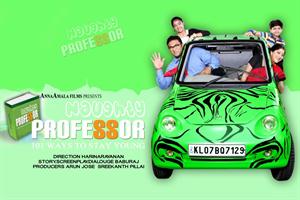 Naughty professor is an upcoming malayalam movie directed by the Hari Narayanan. Baburaj and Lakshmi Gopalaswami play the leading roles in this film. Baburaj himself penned the screenplay for this film. This is the first time he penned a script for a movie which is not directed by him. Innocent, Janradhanan, Lena, Tini Tom, Dharmajan will give life to other major characters in this film. Arun Jose and Sreekanth Pillai have produced this film under the banner Anna Amala films.

Naughty professor brings actor Baburaj again as comedian. In the past he did villain character in Malayalam films. He has the right appearance and body structure to act as villain. He appeared as a comedian for the first time in the super hit movie Salt N Pepper in 2011. The character in the film proves his ability to do the character regardless of villain character. He played the role of comedian in that film very well and succeeded in getting into the heart of every Malayalee. The role in the film Salt N Pepper changed his career and most of them are likely to recognize him as actor. He is not only an actor but also a director. The changing of roles from villain to comedian brings him lot of chances in Malayalam as hero fame. Naughty professor is an example for that trend. 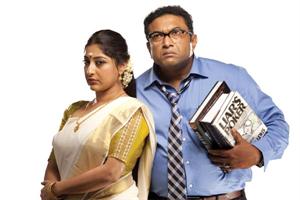 Crew of the film Naughty professor 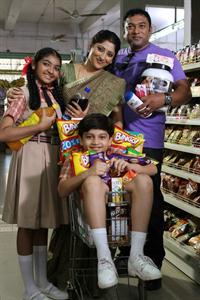 Naughty professor is a film that tells about the story of life of a professor, who gets a character image as naughty through his behavior. Professor Viswambaran (Msc, Phd) is worked as a teacher in Thodupuzha Viswa Jyothi Engineering College. He has a wife and two children. His wife is a former actress. But now she is 100 percentage house wife. As a common tendency of all the husbands whose wives are popular, He also try to live under the shadow of fame of his wife. The naughty professor has the character of buying the available foods and creams in the market that help to increase the beauty. He is very conscious about beauty and glamour. He always tries to be young in his mind. He always tries to love the students and make them fall in love with him to trust himself as young. His neighbour Mulavarikkal Fransis and three of college students are the advisor of Naughty professor. Fransis always try to advice him how to behave ladies and how to move the family life in nice manner.College students' advice him to interact with younger generation to be as young. In that time the entering of Tessa as their neighbour./ she was the wife of DYSP Chacko. She has the habit of walking in morning. Professor also meets her in the walking. Chacko and professor are acquaintance from the past. Some issues occur afterwards make problems in professor's life and that lead to his wife to return back in to the acting. These are the main theme of this film. The role of professor is handled by Baburaj, while Lakshmi Gopalaswami came as his wife. The role of Fransis is in the hand of Innocent. Praveen Prem, Shine Chacko, Krishna prabha have done the role of college students. Lena came as Tessa and Tini Tom came as her husband. Baby Malavika and Master Vivas are come as the Childs of Naughty professor.

The shooting of Naughty professor is carried out in various places across Kerala like Thrippunithara, Thodupuzha etc. It was approximately completed and likely to release on the May itself. Hope this will be a great success for Baburaj as a comedian and as a hero. And also change the image of Lakshmi Gopalaswami as a character role artist. Let's hope the film include in box office success of 2012. Thus make a golden feather in the cap of Baburaj as hero.