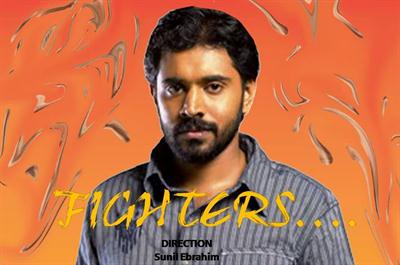 The year 2012 is really better for the malayalam movie industry. If we look into the reports of films released over the last five months, it is clearly seen that most of the movies were accepted by the public. More than 10 movies were commercially successful up to June; which shows that good films will be always produces best results independent of the star value of the lead actor. In this situation, the new malayalam movie Fighters has a great importance. The movie fighters will be directed by debutant Sunil Ebrahim. The young actor Nivin Pauli is donning the lead character in this movie. Looking at his career, we can see a regular development. From the movie Malarvadi Arts Club itself he proved to be a young talented actor. This is the reason for selecting him again for Vineeth Sreenivasan's second movie"Thattathin Marayathu". Fighters is produced by Safeer Seth. The highlight of the movie is that, Sreenivasan also comes in a leading character in this film. "Thattathin Maraythu, Bhoopadathil Ellatha Oridam" are some of his films yet to be released. 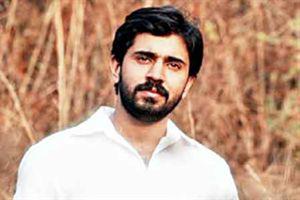 The album "Nenjodu Cherthu" staring NIvin Pauli and young beauty Nazriya has already been accepted. At the same time, the movie "Thattathin Marayathu" staring Nevin Pauly is scheduled for release in June itself. In this situation, the expectations of the movie Fighters are on height. As the name indicating the movie is based on a fight between a man and various circumstances in life. The movie is planned to be released in August.

The movie Fighters will be a story of few peoples who influences a man without his knowledge. Through this movie director Sunil Ebrahim tells about two days and one night in the life of some people. The characters in this moviue may not know each other; but they are connected to each other in some manner. Each character may have different atmosphere of living but they remain connected in some unique way. Already the crews of the movie fighters have started fans pages in various social networking sites. We can expect release of both trailers and songs soon. Nivin Pauly essays the role of a village boy who studied and grown up in village itself. At the same time, his sister is a graduate and completed the studies from outside the village. The people misunderstand that he is quite complex. But the movie ends with some twists and reveals the truth about him. KPAC Lalitha, Lena and Riya Saira are also doing various important characters in this film.

Riya Saira who is just 18 now has got a path breaking movie 22 Female Kottayam, as the short haired sister of Rima Kallingal. Riya is also a dubbing artist wbo has dubbed for actress Gautami Nair in Second Show and for one of the heroines in Mamas's next, Cinema Company.