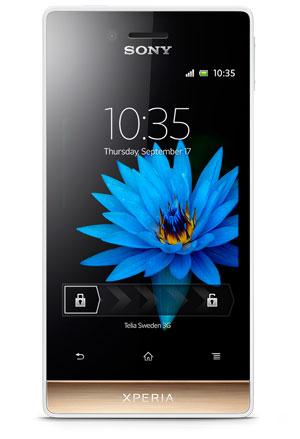 SONY, the company that always amazed the world by producing so many masterpieces to the tech world are busy in doing the magic in all the 2012. And now they have a bunch of Xperia smartphones waiting in the labs to come out. And the main phone among them is the Sony's upcoming Sony Xperia Miro. The device has got comparatively better features that will surely grab the people's attention for sure. The device was announced on June, 2012. The device is purely budget phone, that has much more features that it can offer, which is to be released in Kerala. Read more on this article to know more about this pocket friendly phone by the Sony team. And the rumours says that the device will be officially released on October 2012, and the Sony team has managed to include all the features in a phone, which is priced low, which will surely attract more people from Kerala. 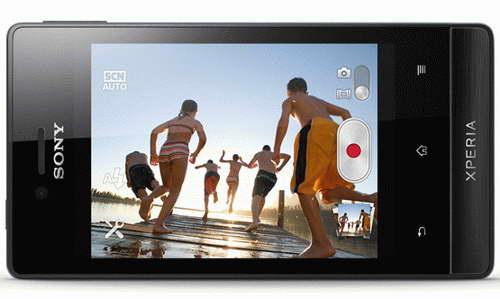 The Sony Xperia Miro is a smartphone from Sony which is totally packed with super features in case of internals and externals. And while talking about the internals, the Sony Xperia Miro comes with the new Android v4.0.3, Ice Cream Sandwich. The device is powered with the latest Qualcomm MSM7225A chipset, with 800 MHz Cortex-A9 processor. The Sony provides good GPU unit for the device , which is Adreno 200, which is enough to play fair games which has good graphics. The device has 512 MB of RAM too, which is provided to get the maximum perfomance from it along with the powerful chips and processor. Although the above mentioned specs are not the best out there, but for this price, the available specs are too good. 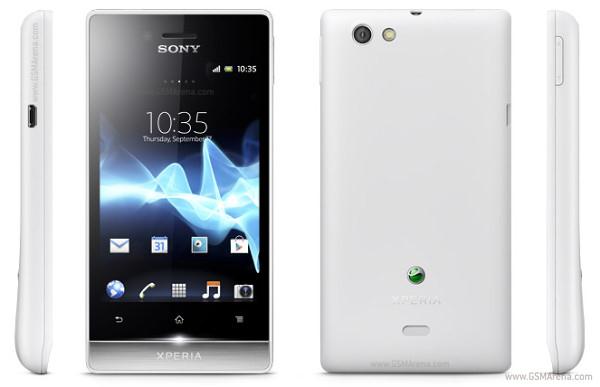 The Sony has tried their maximum to provide the best display features that suits the price of the phone. And this can be understood by the screen size of the device. The Sony Xperia Miro has a screen of 3.5 inches with 320x480 resolution display. The Sony Xperia Miro comes with the Sony's latest Reality Display Technology. The screen is of LED back-lit LCD type. The screen is provided with 16 M colours and has pixel density 165 ppi. The screen is TFT capacitive touch screen, supporting multi touch up to 2 fingers. The device is provided with Anti-Reflective coating to provide the maximum from the display features. The device has Touchwiz v4.0 UI for making the display more attractive. The display and designing features that the Sony team has provided for the Sony Xperia Miro is, quiet good and will surely attract a major portion of people in Kerala. Because for people in Kerala, the 'looks' really matters. 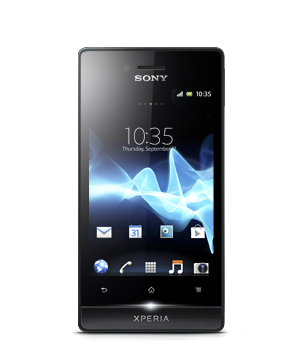 The most exciting feature of the Sony Xperia Miro is that the device comes with a Dual shooter that promises more attraction of the crowd towards the device. The device has a back facing camera, which is of 5 megapixels, can capture an image up to a resolution of 2592x1944 pixels. The camera has auto focus feature and LED Flash light is provided to capture the images of maximum clarity, with out loosing any beatiful moments in life. The other features of camera is touch focus, face and smile detection, 3-D sweep panorama, geo-tagging etc. The camera is able to capture video @30 fps. And there exists continuous auto focus and video stabilisation feature. The device has a secondary shooter too, which is of VGA type. The dual camera feature of the device is one of the most attracting factor of the device.

Connectivity and Other Features of Sony Xperia Miro

The Sony Xperia Miro is able to connect to the internet using GPRS, EDGE, 3G, Wi-Fi. It runs on quad band 2G and tri band 3G network. The device has Bluetooth v2.1 with A2DPA which makes it a star on remote file transfer. As we said above, the device has Wi-Fi connectivity which is of 802.11 b/g/n, enhanced with Wi-Fi hotspot feature, DLNA and Wi-Fi Direct. The Sony Xperia Miro comes with a lot of many other features and some cool apps. The thing to be mentioned is that the Sony Xperia Miro comes with Sony's new xLoud Audio Technology, which ensures more crisp and clarity to the music they hear. The device is also featured with FM and FM recording. The other important thing is the battery. The Sony Xperia Miro has a standard Li-lon battery of 1500 mAh, which will give much improved battery life to the device. The browser of the device supports Flash and HTML5. The Sony Xperia Miro has GPS, with A-GPS support, e-compass, Java MIDP emulator etc as other features. The device is made special by integrating social network to it by providing dedicated apps for each of them including Facebook. The connectivity features available here are more that is enough for what we pay for it. This is going to be a major boost to the smartphone industry, for Sony in Kerala.

Price and Release Date of Sony Xperia Miro in Kerala

The Sony Xperia Miro smartphone from Sony, has a bunch of high end features, and while considering the price the cost is not that much high. The only thing that a bit low is the price. The Sony Xperia Miro is expected to hit the Kerala markets with an affordable price around Rs.10,000 to 13,000 INR. And the devcei will be launched in Kerala on 3rd quarter of 2012 for sure. The arrival of the device will be soon, because the device is now available for per-order now in other countries. The device will reach the shores of Kerala in August-October period.

The Sony Xperia Miro is a smart device specially designed for the average class, who really wants the maximum from a smartphone. The device has a bunch of cool features and got a little of draw backs. The lack of Gorilla glass, poor battery, video recording at VGA are some of them. But compared to the low and pocket friendly price of the device, the draw backs are adjustable. The device comprises good chipset, storage, RAM, performance, impressive design and low price makes the device perfect for a man from Kerala and this is the best offer a Kerlaite can get, who always wants the latest and the best. And people in Kerala are not so behind in buying the latest gadgets. Being the company is Sony, the people will surely be forced to buy it, because of the cool features moreover its cool price range. This is going to create some revolutionary changes to the smartphone industry in Kerala.