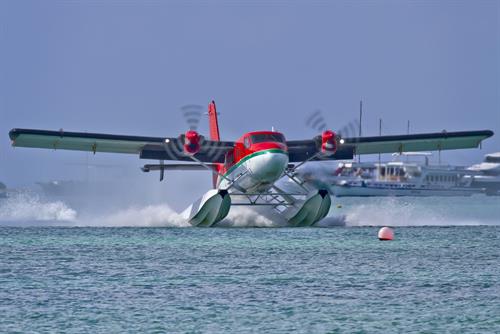 Kerala is one of the fastest growing states in India with more innovative programmes launched by the state government get well appreciation from around. With new economic policy being initiated, it created a new environment and accelerated industrial infrastructural, technological and commercial growth in the major cities and town. These developments have increased the number of tourists and travellers from other countries and states who are keenly interested to visit the state. New projects have given energy to the overall growth of Kerala.

Projects like International Container Transshipment Terminal, Smart City, Infopark would increase the existing transport infrastructure which had made the government to add more facilities to make passenger movement with much ease. Non polluting, space & time saving and energy conserving modes of transport would boost the transport facilities in the state. With the fastest trains taking more than 7 hours to go across the State while normal trains would take up to 12 hours.

Kerala has so far not looked into the potential operation of small aircrafts. Even rich in commercial, health educational, tourist, and pilgrim destinations, most of the tourist locations are not having any air connectivity. Travellers reach Kerala via either of the three airports viz., Thiruvananthapuram, Kochi and Kozhikode and later have to take up other modes of transport to reach their destinations.

The formulation of new transportation modes for travellers from international flights to intra state destinations using smaller aircrafts would ensure faster connectivity between major cities and towns. This had led to the concept of establishing seaplane services which would connect remote locations with major cities.

Such planes can land and take off from a small strip of land and from the backwaters as well as the sea. Seaplane operations are currently in progress with Sydney and Loch Lomond Seaplanes being operational in Australia and United Kingdom. A sea plane service is much active in the Andaman and Nicobar which connects various islands. 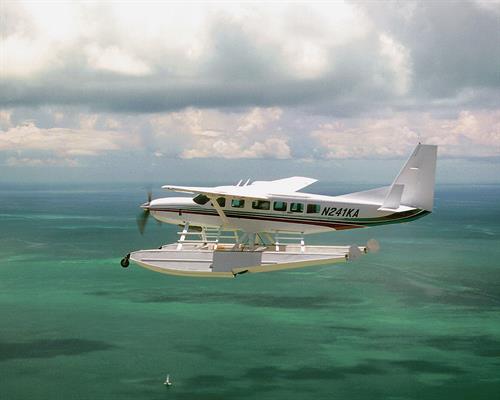 The state government of Kerala has taken much initiative for developing seaplane services in the State by allocting Rs 12 Crores in the 2012-13 budget. Being the first in India, the sea plane service was launched on 2nd June 2013 by Kerala Chief Minister Oommen Chandy. The six-seater Cessna 206 H amphibian aircraft will be utilised for this service and be launched officially for tourists in August. Four more companies would be ready with seaplanes to start operating from the Thiruvananthapuram, Kochi, Khozikode and Mangalore airports to the backwaters in Kollam, Alappuzha, Ernakulam and Kasargode districts.

With an initial cost of Rs.10 Crores, the Seaplane service can be operational from either one of the three international airports in Kerala. The destinations to be covered could include places likes Kumarakom, Kochi, Munnar, Paravur, Lakshadweep, Malambuzha etc. Those boarding seaplanes in Kerala would be lucky to enjoy the unmatched view of the palm-fringed seashore, peaceful beaches, relaxing stretches of emerald backwaters, blossoming hill-stations, waterfalls and farms.

The passengers could enjoy the time pooling through the backwater destinations of Ashtamudi, Punnamada, and Bekal. The first flight of the seaplane which took off from the Ashtamudi lake in Kollam to the Punnamada lake in Alappuzha was an example of the ambitious venture of the State government as projected at 'Emerging Kerala Global Connect' in 2012. Being the first venture in the country, the seaplane services would add more to the tourism of the country. As houseboats have already become the lucky charm of Kerala Tourism, seaplane services can also be an innovative tourism product of the State.

After the state having credited as the "most sought after tourist destinations" in Asia, the seaplane operations would open new skies for travel hassle-free for tourists. Bangalore-based Kairali Aviation has give permission to operate the first service of the seaplane project in the state, based on a Zero Subsidy-Open Sky Policy. The five-plus-one-seat Cessna 206 H amphibian aircraft taken on lease from a Dubai-based aviation company is capable of flying five hours at a single stretch. A Belgium national Captain Michael Fabry who has a flying experience of 3,500 hours was in charge of the seaplane.

Seaplane operators such as Bharat Aviation, Wings Aviation, Pawan Hans, and Mehair would make their way in after the forthcoming monsoon.

Eravikulam National Park. is located in the Idukki district of the state of Kerala.